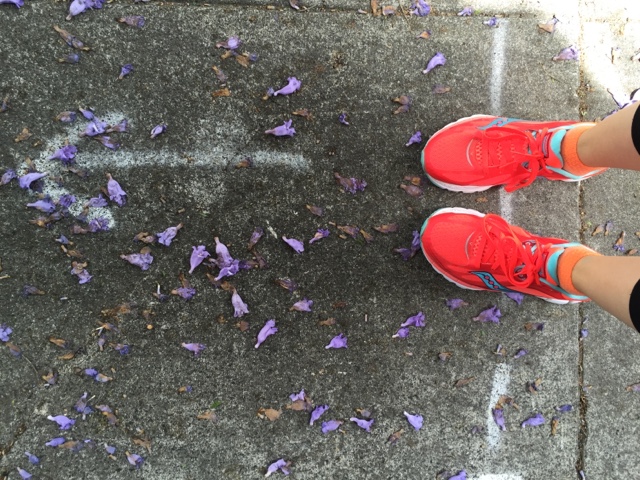 A couple of days ago I came across a blog post I wrote at this time last year. It was titled "Marathon Week" and detailed how confident I felt about running the second half of the SF Marathon, the race I'd been preparing for all year. I'd had my eyes on that prize for a long time.

This is amusing because this year, I've had my eyes on a different prize -- Hood to Coast, which is next month at the end of August. I hadn't really thought about the SF Marathon at all. In fact, I've spent the year irritated with them for turning me down as an ambassador again. But whatever, I know I shouldn't have been upset about that in the first place. I guess what I'm trying to say is that I signed up to run the second half of the SF Marathon again this coming weekend, and I decided to do this less than a week before the race.

This seems totally impulsive, and it is, except it's not as stupid as it sounds, either. I'm actually at the perfect place in my training to tackle a half marathon this weekend. I jumped the gun a bit with my training for the relay and am at the perfect place in that training. Some people think I just impulsively signed up for this and didn't train for it, but I assure you, I have. Last weekend I was running through the Presidio and then through my old neighborhood and I saw road closure signs, and those seemed like little notes from the universe, telling me to just go for it.

So I am. And I think this is a good thing. What else am I going to do? Run 12 miles next weekend when I could run 13.1 and add a medal to my list? Also, I get really anxious and worked up before races, and I really need to practice not doing that. This is a good opportunity. Plus, I won't be trying to set any speed records this year. Last year I set an incredible PR and I have no desire to do that again right now. Instead, I just want to have a steady race and finish and not feel like I'm going to throw up and die for the rest of the day! Because that's usually how I feel. It shouldn't be that way. Around mile 11 I began to feel really really bad last year. So here are my goals for this year:


This is totally achievable. I am not going to overdo it this time. I'm going to try to do that thing where I run a half marathon and HAVE FUN and can go out and do other things later that day! Or even eat that day, since last year I was so sick the entire day after the race, I couldn't even eat food. Yup, that was a day full of bad decisions, but at least I got a huge PR I won't plan on beating for a long time?

I can't wait. Come on Sunday!