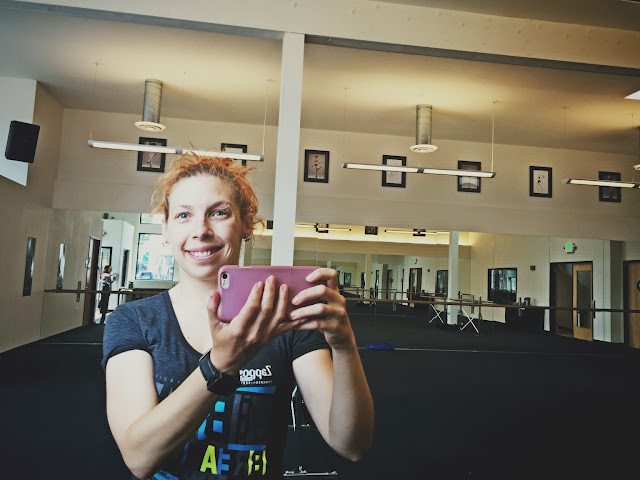 Last week, on a whim, I signed up for a month of Classpass, which basically means I get to attend unlimited fitness classes at gyms and studios in my area for a month. I got a really great deal on the first month, and believe me, if I had a link to give you a discount, I totally would give you that link (COME ON CLASSPASS, GIVE ME THAT LINK, I CAN GIVE YOU BUSINESS). Fitness classes add up really fast, though, so the $79/month regular price is still pretty good if you are willing to go to different studios (you can visit one gym/studio 3x per month).

Since signing up for my pass, I've been attending as many fitness classes as possible without going overboard, which is certainly something I'd normally do. I'm also doing 41 straight days of running right now, so I'm trying to improve my fitness, not get injured. I'm also looking to have fun with this pass, which means I'm taking some risks and swallowing my anxiety and going to classes that would normally totally scare me. A lot of this involves trying out new gyms and studios I've never been to before, which can be terrifying for a socially awkward introvert such as myself. But seeing as I'm an adult, I'm trying to be brave and expand my horizons a bit.

So far I've been having a really great time.

I've attended three classes so far, but have two more scheduled. Two of them have been yoga classes. I really love yoga but it is so damn expensive, and this provides a great way for me to try out studios I wouldn't even know about otherwise. Who knew Crunch Gym holds a Happy Hour Hatha class on Friday evenings? Not me, that's for sure. I'm also trying to tie in these classes with goals like drinking less, and being a better runner, and feeling better and being healthier in general. So things like happy hour yoga, where I'm doing yoga instead of drinking wine, is really, really awesome. I've also found that it decreases the amount of wine I drink later that night, too. Score.

Today I really went outside of my comfort zone and attended a Cardio Barre class (above). It completely kicked my ass, I was often awkward and it went so fast I could barely keep up sometimes, but that was part of the fun. I actually really enjoyed having my brain and my body challenged like that. And I think I'll be going back. My entire body feels like a limp noodle at the moment, in the best way possible! I know I got a total body workout, something yoga also gives, but running does not.

So far my favorite yoga class has been at Mint Studios. I'm going back this Sunday for more.

So yeah, take classes and have fun. That's what I'm doing. 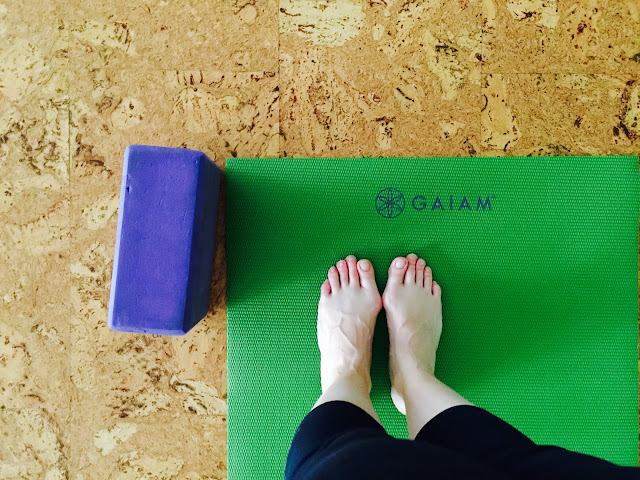 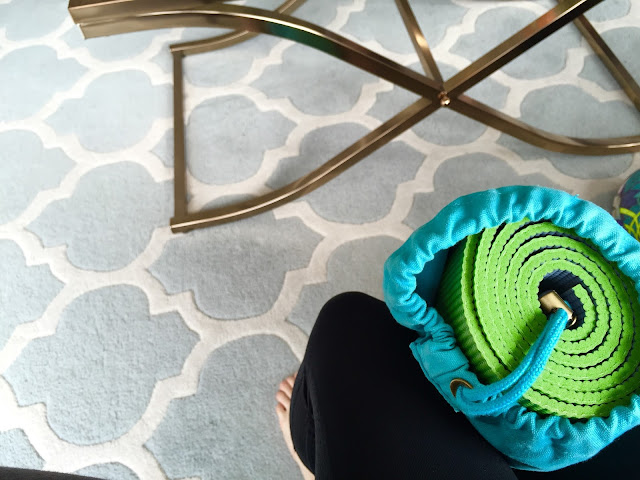 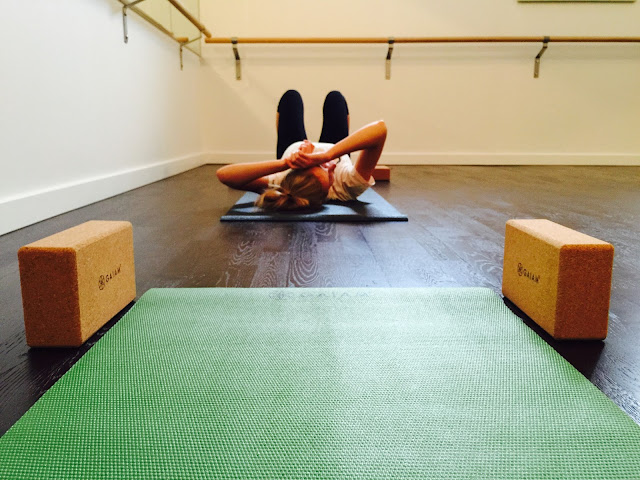