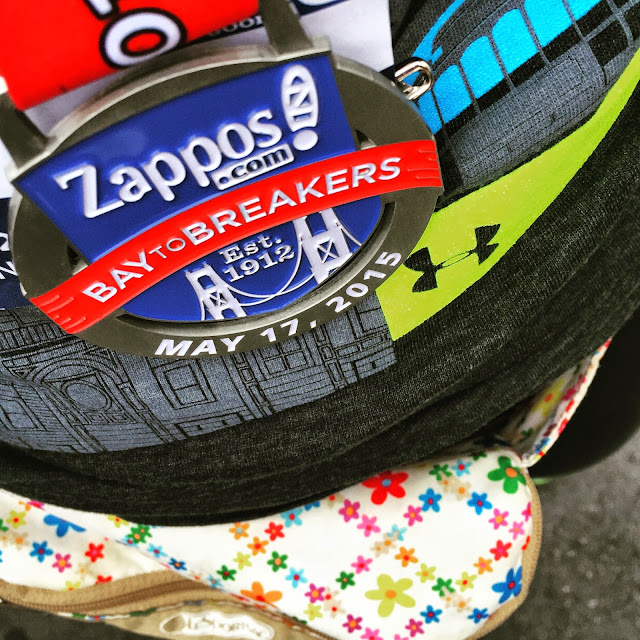 Today I ran my third Bay to Breakers. I'm so glad that my first and second experiences went the way they did, because they were really perfect, and allowed for today to be perfect, too. I love running this race nearly every year. It shows me, each time, how I've grown and evolved -- as a runner, as an athlete, and as a person. I know that's hokey, but it's true.

It's also VERY SAN FRANCISCO and a lot of fun and is one of those things that makes me cherish my beloved adopted hometown, so much.

Today's race was the first time I've run more than 6 miles since my injury last October. When I registered for this race on October 31st, I honestly didn't know whether I was going to be able to run again, and if I'd be in any shape to run this race. The thought came to me several times today, and I'm so grateful for my body healing itself, even if it did take five months. The only issue I had today is a new, moderately aggravating tension/pain in my left calf, which has presented itself on my last two long runs. It hurts, but I try to go easy on it, and I'm able to power through. I'll go try to figure out what it is now, before it becomes a hindrance in the future. It's possible I injured myself last weekend, and this was just the remnants of that, but I want to make sure.

I have two larger races coming up later this year, and unlike last year, where I was singularly focused on the second half of the SF Marathon in July, I need to wait to peak this year until the end of August, through October. That means pacing myself (har har) and not overdoing it early in the year. That, and the fact that I spent 5 months limping around in a lot of pain last year and this year, informed my decision to not put pressure on myself for this race. To enjoy it. Not try to PR.

Also, I set a personal record last year, and it was great. I was in great shape last year. I'm not in that kind of shape this year. So why agonize over it? Usually that kind of thinking is fine in theory but not in practice when I'm concerned -- I'm incredibly competitive with myself, and very driven. But this time, magically, I was able to silence those irritating voices that usually lead me to disappointment.

I also ran this race with bronchitis, after not really training much for the past month due to SFIFF and TYPO SF. So there were so many reasons, mostly due to other choices I made, that made me feel good about my decision not to stress out. I wanted to finish under 12 minutes per mile, that's it. And I did -- I finished 9 minutes slower than last year, but that's about 11:33/mile. Good job, Bub!

I'm happy. It was a good day. I feel deliciously sore.

Here are just a few photos: 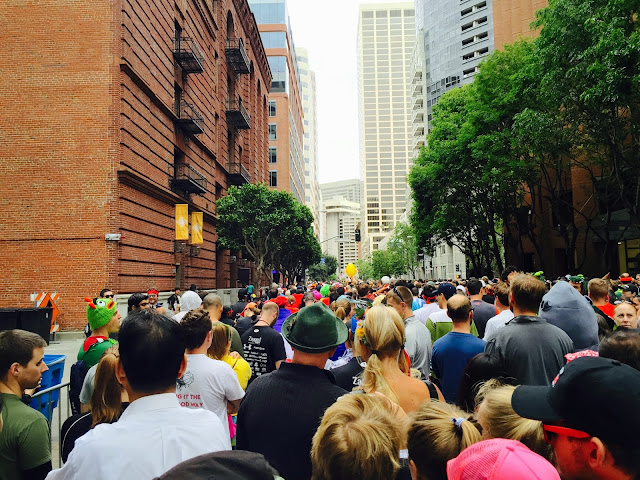 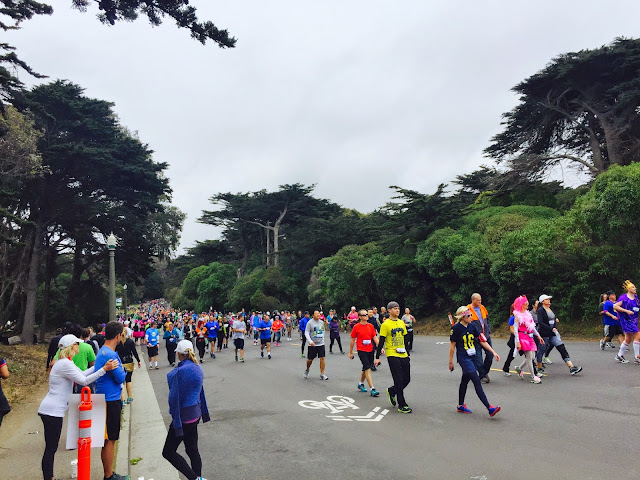 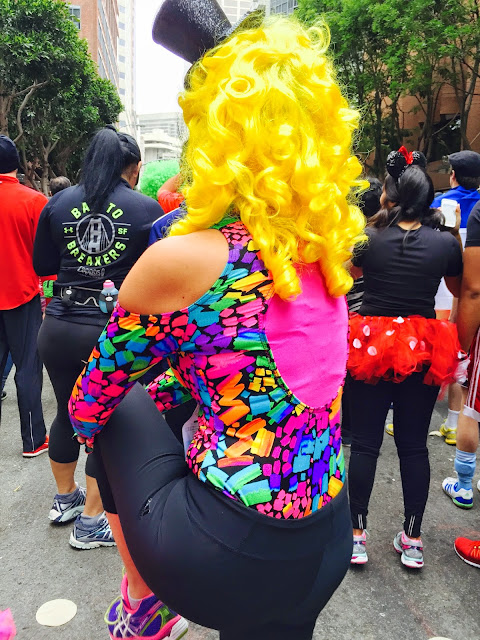 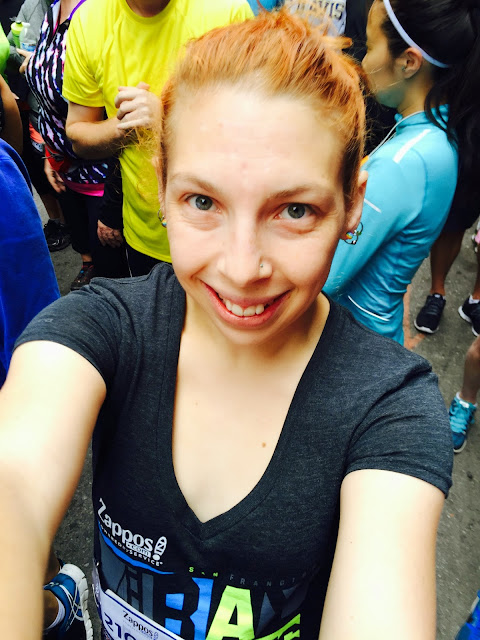 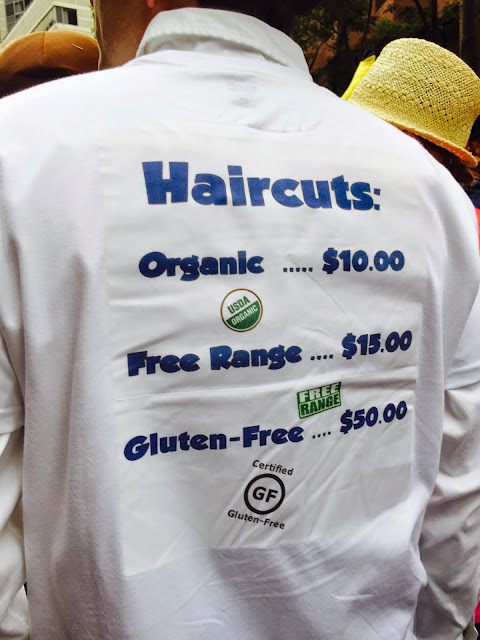 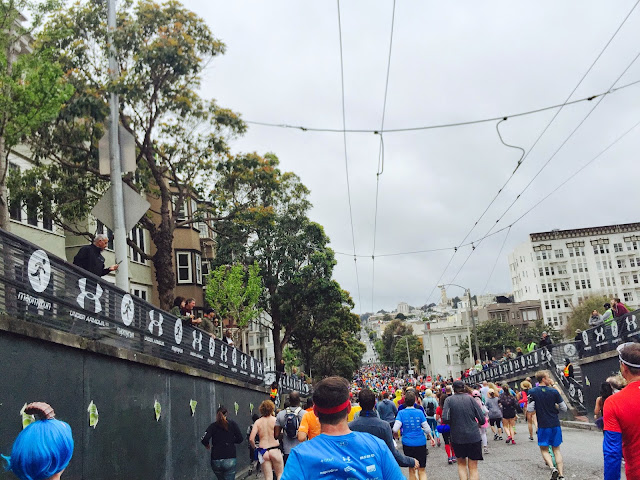 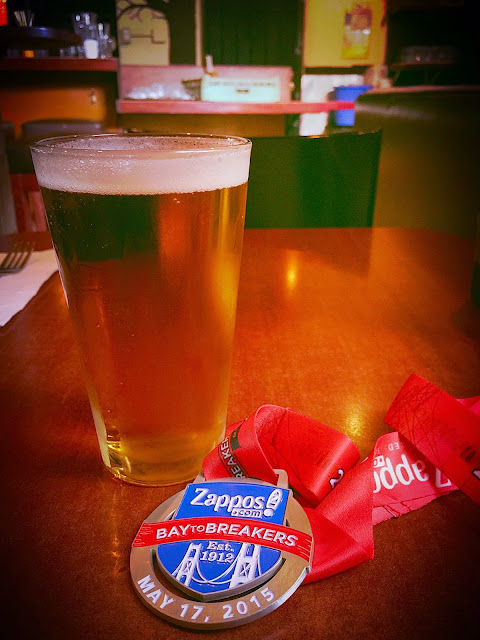 Oh, that post-race beer. Somehow that beer is better than almost any other beer. 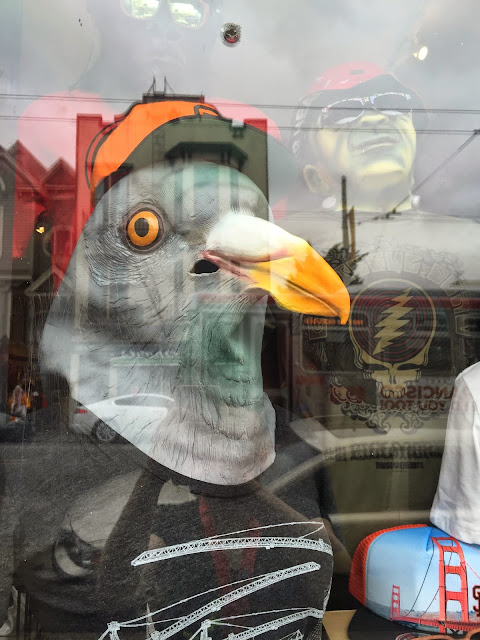