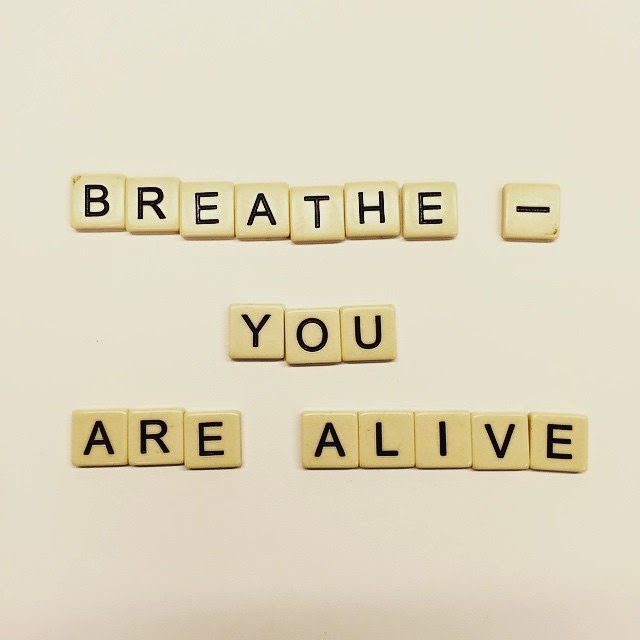 When I look back on all the stuff I did over the last month it's pretty amazing. There's a huge amount there! I'm proud of myself for taking as many chances as I did, signing up for classes, going to events, experiencing new things, experiencing old things, but doing those things regardless of feeling tired or overwhelmed by the season. It was a really fun holiday season, as a result. I really worked hard at it this year, because Christmas is a love/hate season for me, an emotionally difficult time that's been hard in so many different ways going back to when I was a teenager. I love the season, but it's a roller coaster. This year I really did a good job of enjoying it.

I guess it all started with a couple of workshops I attended through 18 Reasons. These workshops, though open to families and such, were really more for what I like to call children of all ages. I fully embrace San Francisco's reputation as a Peter Pan city, a place where no one grows up. Who wants to grow up? I mean, ew! Anyway, these classes -- cookie decorating, and gingerbread house decorating -- were mostly adults. And it was so fun and relaxing. A way to celebrate the holiday season the way I want to, with the things that make me happy: 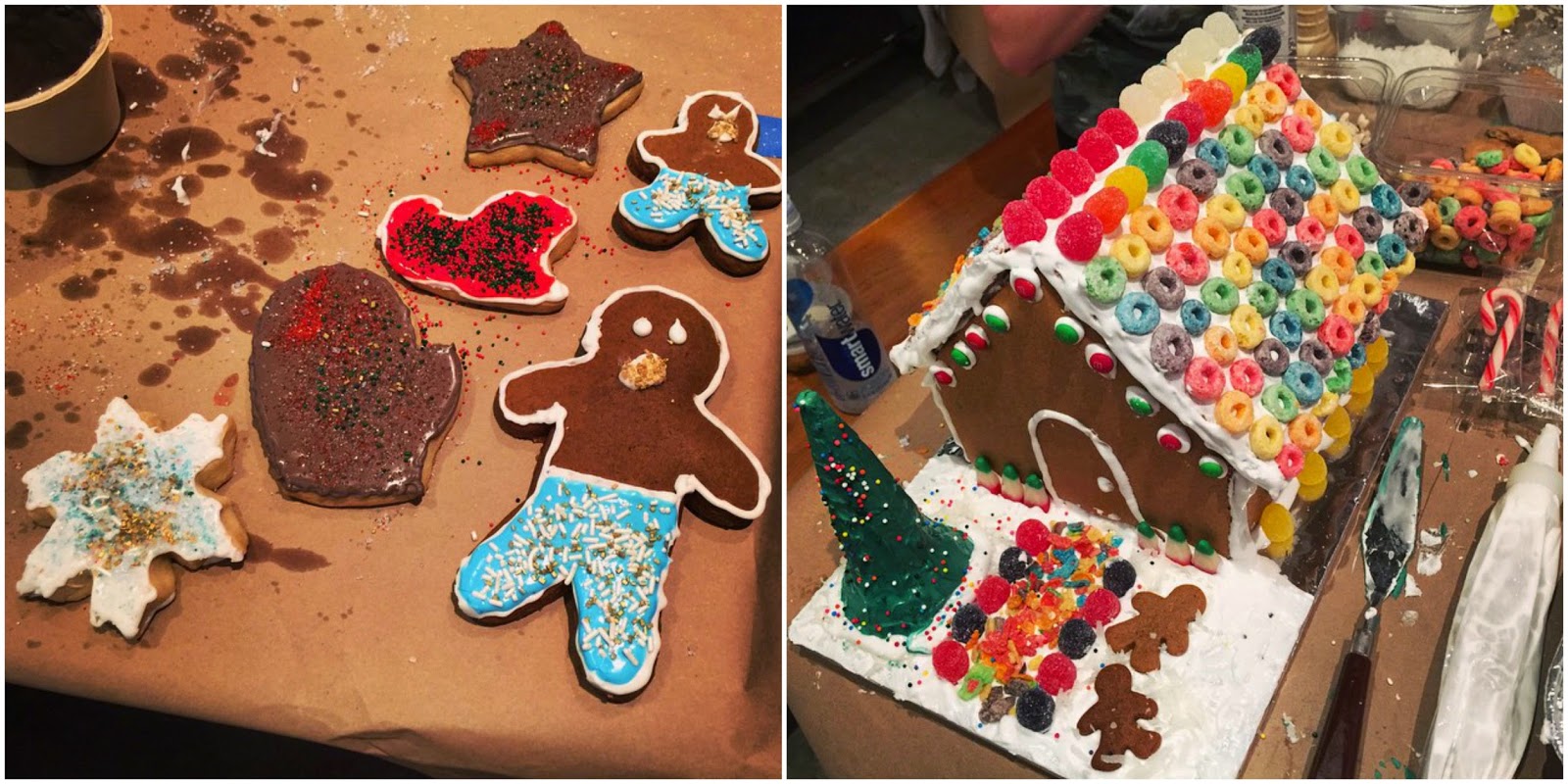 Then, there were the holiday parties. Oh my goodness, were there ever the holiday parties. And I'm just talking about the ones affiliated with my job. There were three. I am an introvert. I truly know what it means to be "partied out" and three social work functions were more than enough. That said, the adorable reindeer cornhole game at one of these parties was gosh darn adorable: 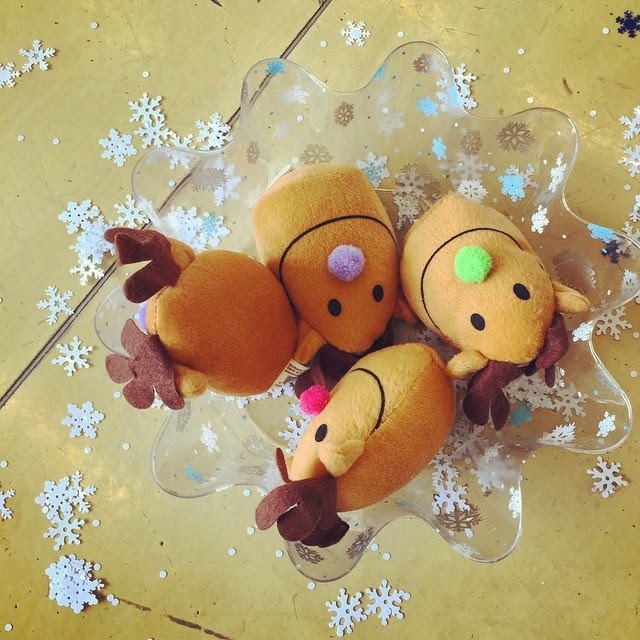 Then, things kind of went crazy. I mean this in the best way. Gabe and I attended his work holiday party, which went down at The Chapel, an SF music venue: 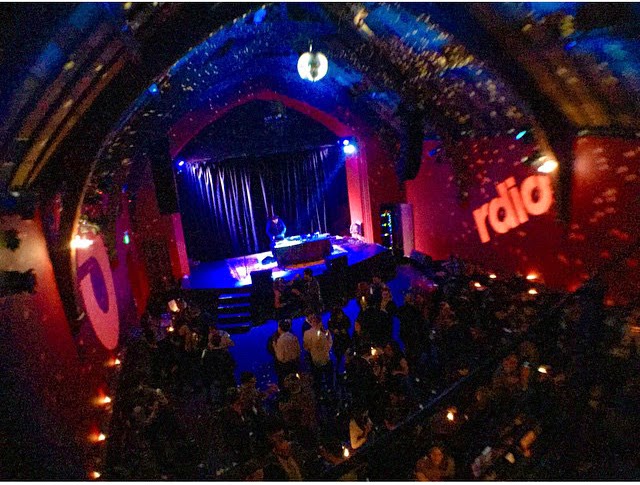 My building lobby also got into the spirit: 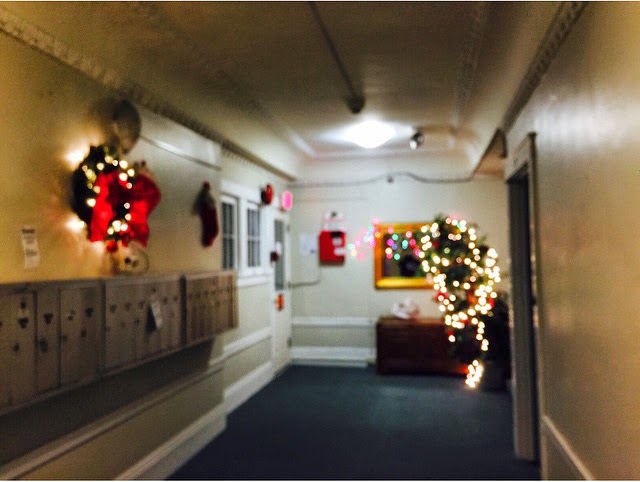 Gabe and I went to the Dickens' Fair, which is a really neat event held at the Cow Palace in Daly City each holiday season. Basically it's a large Victorian London ren faire type event. You can buy all your corsets and pewter mugs and swords and tophats for the coming year, of course, and you get to see all manner of folk -- chimney sweeps, Queen Victoria, Beefeaters, drunks, etc. They also sell a lot of food and drink (!), which included Cornish pasties and raspberry cider. It was so fun. I hardly took any photos there, but here's one: 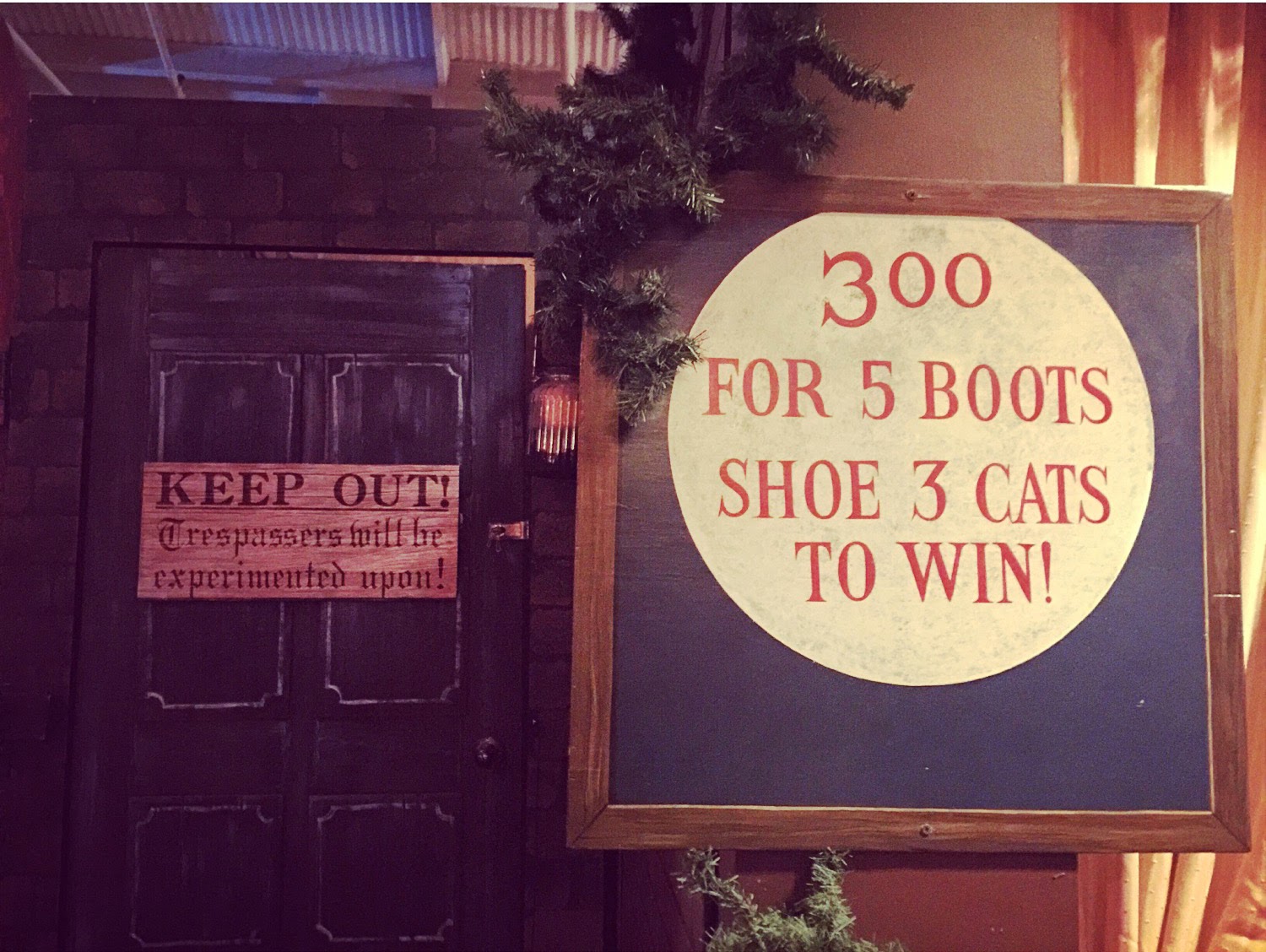 Then we went and saw Skinny Puppy, Front Line Assembly, Haujobb, and Youth Code at the Warfield, which was awesome and wonderful and all the industrial: 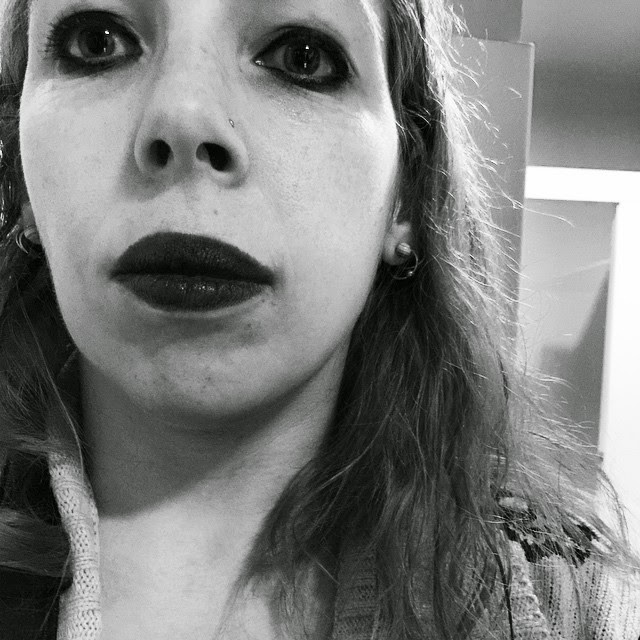 And then, we went to see Handel's Messiah at the SF Symphony. 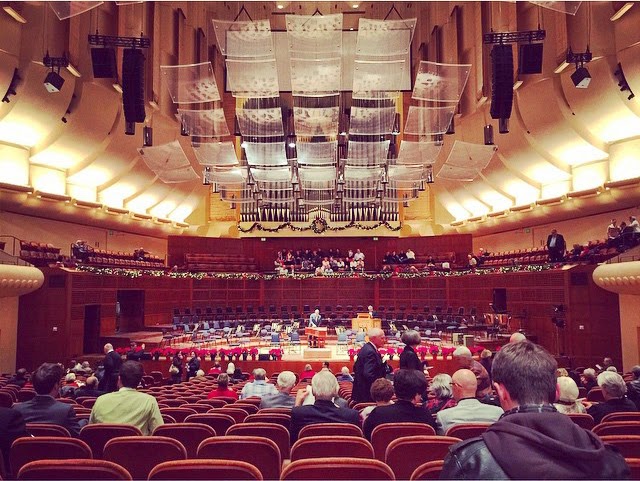 Then, the day after Christmas, we went to see Infected Mushroom at the Regency Ballroom. It was a great time, our faces were melted off, as per usual. <3 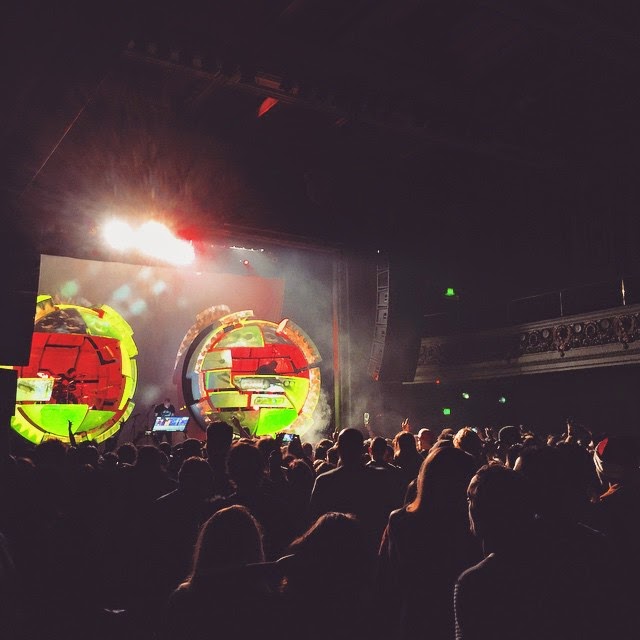 And then! Then I had a few days to really try to relax, and ramp up for 2015. A number of good things happened. First, I visited my truly wonderful stylist and got the greatest haircut ever! I've only seen her twice, but we've clicked really well and wow, it's amazing when you have that relationship. She also is one of the only people I've talked to about various details in my life. I don't consider myself somebody who typically shares those things, but in addition to being a great hairstylist, Jessica is a fantastic listener. She remembered stuff from when I saw her in July. She also really seems interested in the mundane (or not-so-mundane) things going on in my life. She asks pointed questions and never seems bored, even if I'm babbling about how much I love pigeons or running! This is a very rare thing, and I'm so grateful I found her right in my own neighborhood. Anyway, now I absolutely love my hair. Another thing that happened: NYE. We went out to a concert and I got to wear my awesome new Nitzer Ebb t-shirt! I'm so cool (ha). NYE was fun and low key, and that's exactly what I wanted. It was nice to chill out and enjoy the night without overthinking it too much. 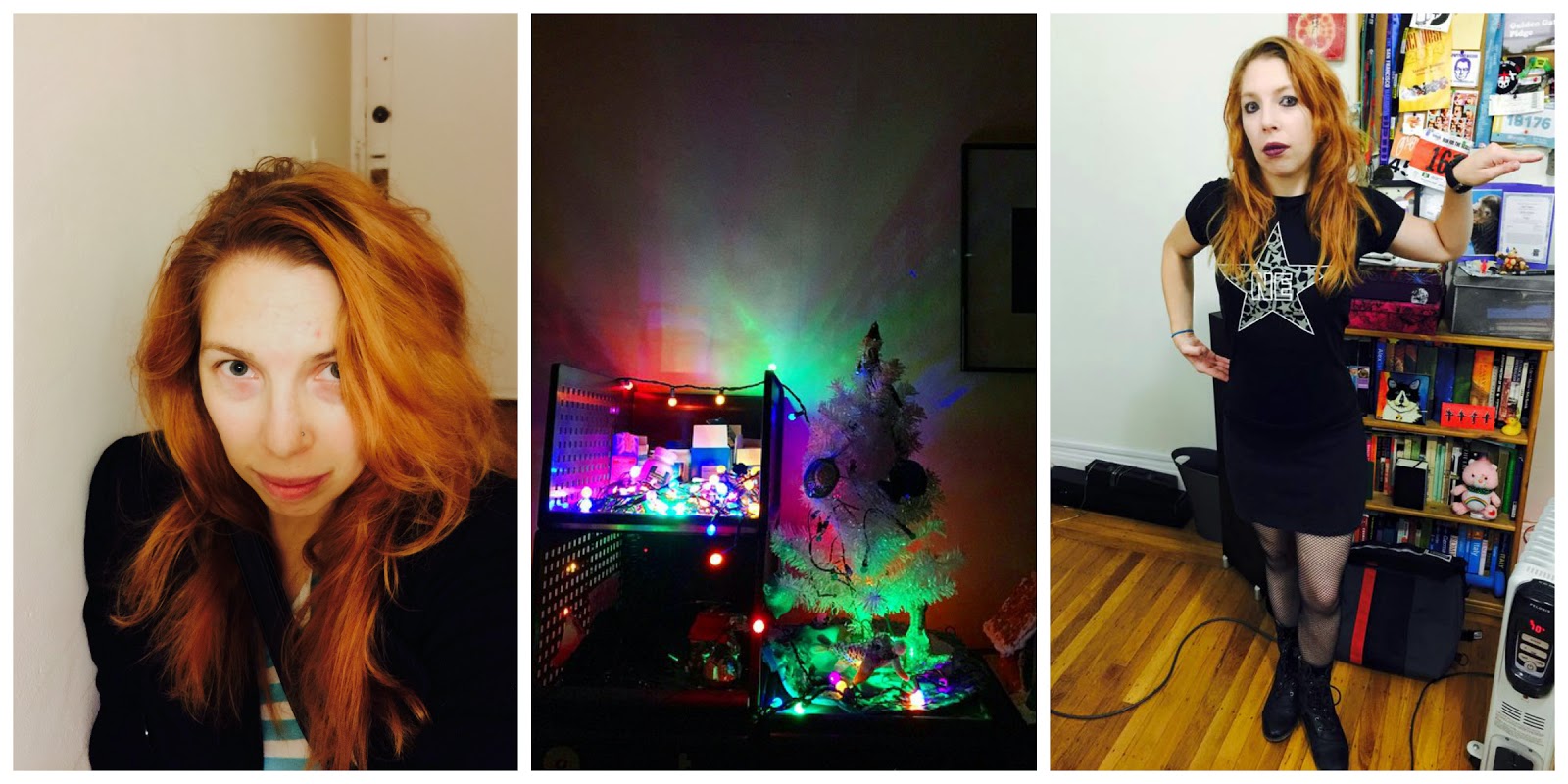 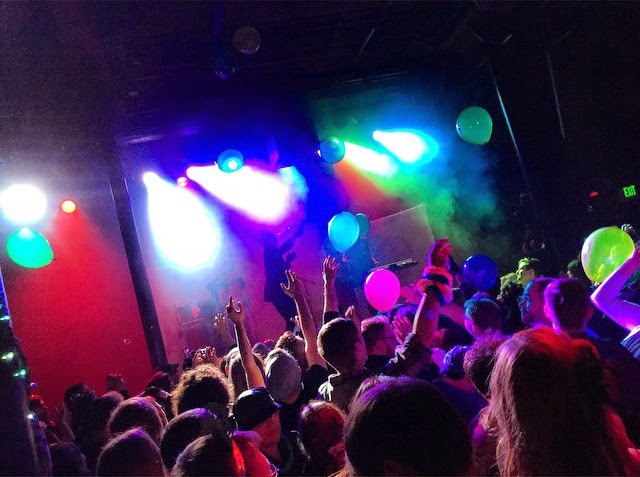 And I'd be remiss if I left out the puzzles I worked on: 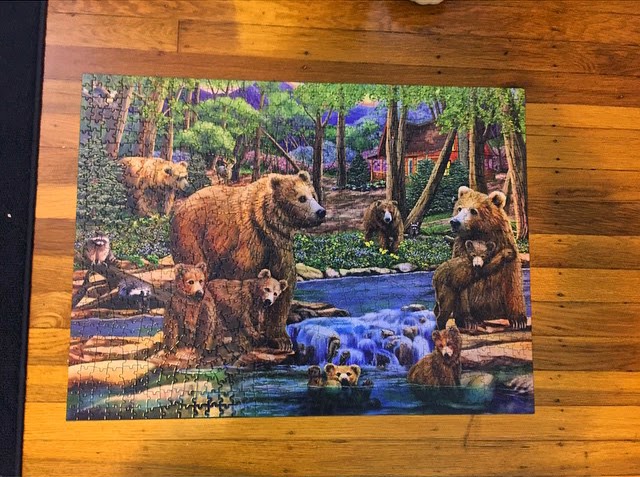 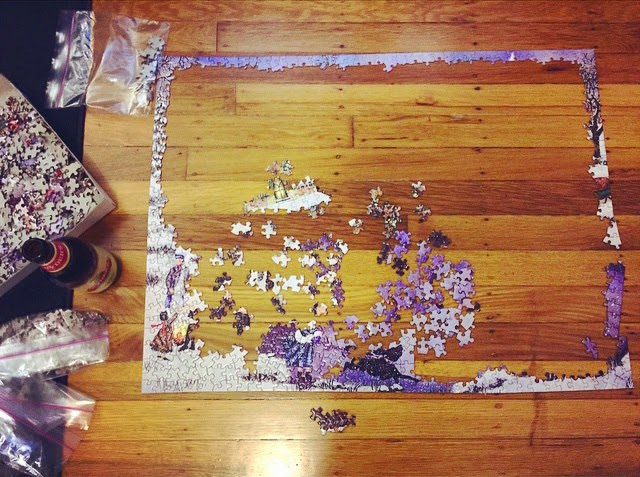 Overall, I managed to avoid Christmas in most of the ways I wanted to avoid it, and celebrated the holiday season in almost all of the ways I do love celebrating them. The break was so good for me. Being back at work this week has been rough,but it's Friday, so I'm not going to worry about that now. Now ... now, we weekend.
Email Post
Labels: 2014 2015 berkeley christmas december hair holiday holidaze instagram its all about me January life music new year oh my goth photography puzzles san francisco sf winter
Location: San Francisco, CA, USA