Cartography at the library 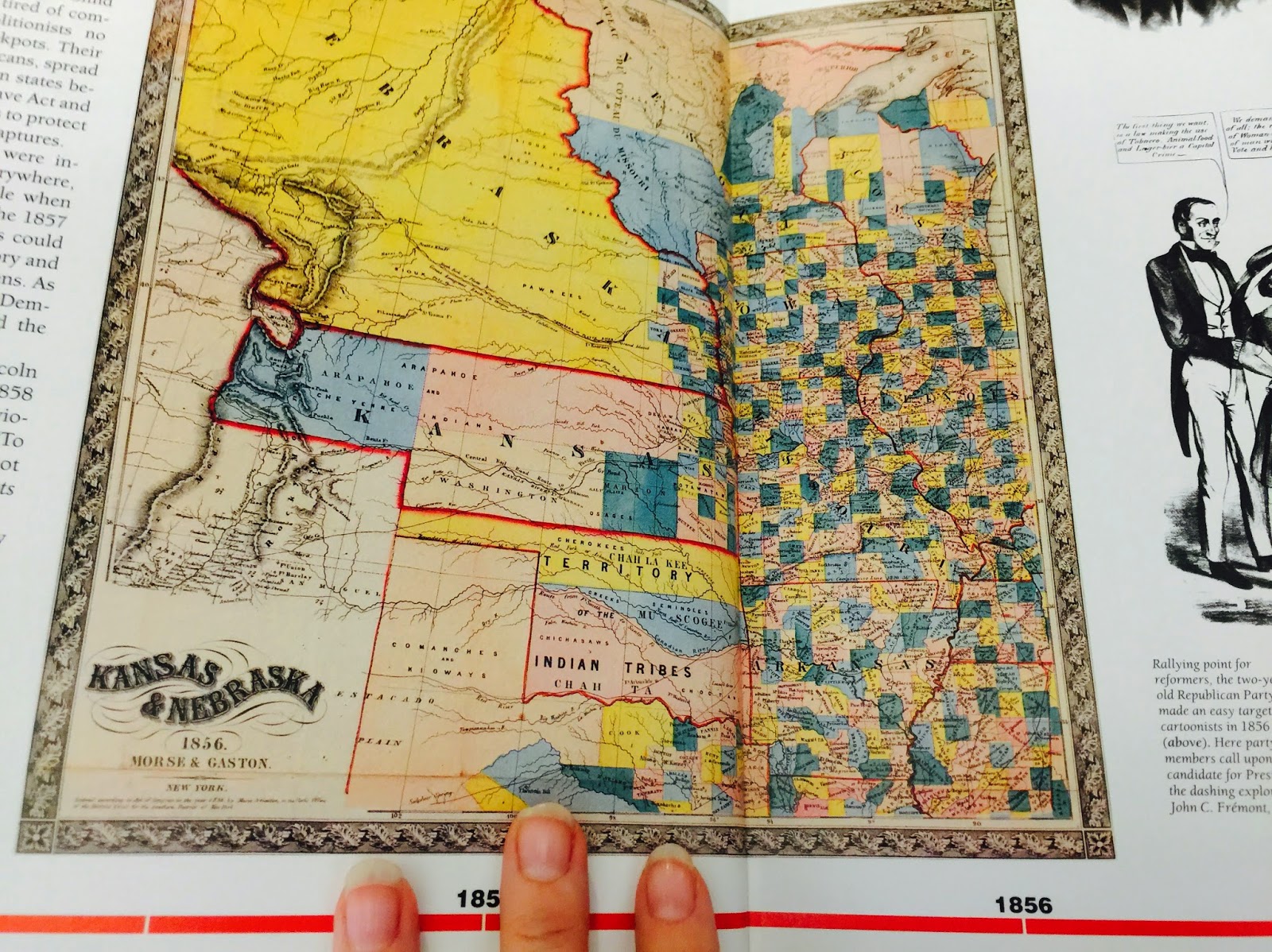 ^^^^ This page definitely had a funny title, and a rough disparaging article on the Missouri Compromise. It definitely was, you know, a deal.

On Friday, I found myself with some unexpected time off after a couple of photo gigs.  I wanted to do something other than sit around in my apartment. But what?

I thought of going to a museum, but museums are expensive, and the only museum right by my apartment is one I've been to more recently. And then, I realized I'd never been to the main branch of the SF Public Library, other than a graphic design project in 2008 that involved a restricted collection. I do have a library card - under my maiden name, if that is any indication of things. Ha! So off I went for a small adventure at the library, 3 blocks from my apartment.

I suppose this is all too typical when you consider the rest of my life and the context, but I was wandering around blind, not knowing where I was going, and still, I managed to stumble upon the map section within 10 minutes of entering the building. Of course.

Apparently one of my hobbies is "go places and take pictures of maps" and I'm totally OK with that.

My favorite atlas is the one on the right, below. I just opened it and started reading and snapping photos. An hour passed somehow. What? Anyway, here's some history and pretty maps: 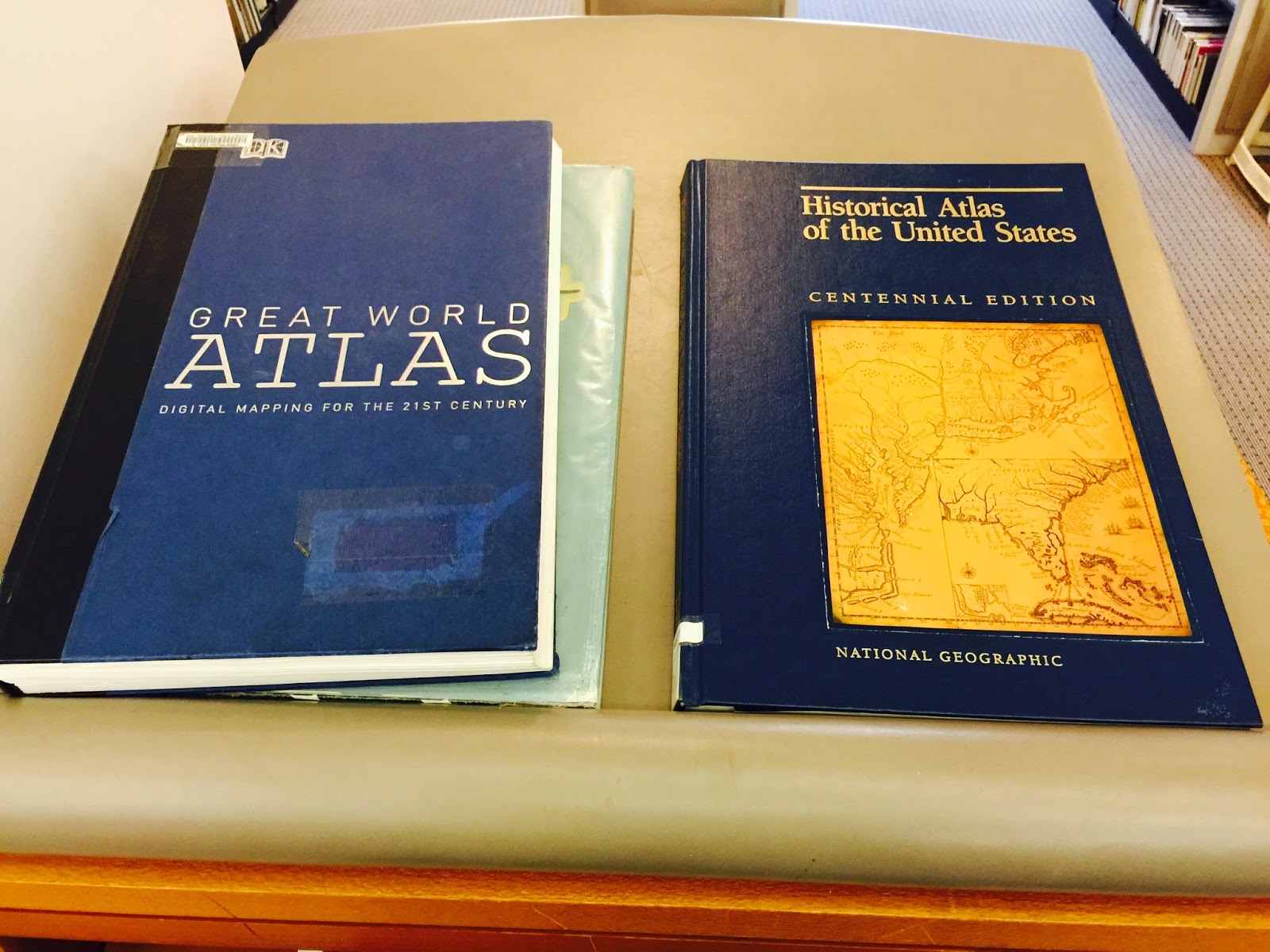 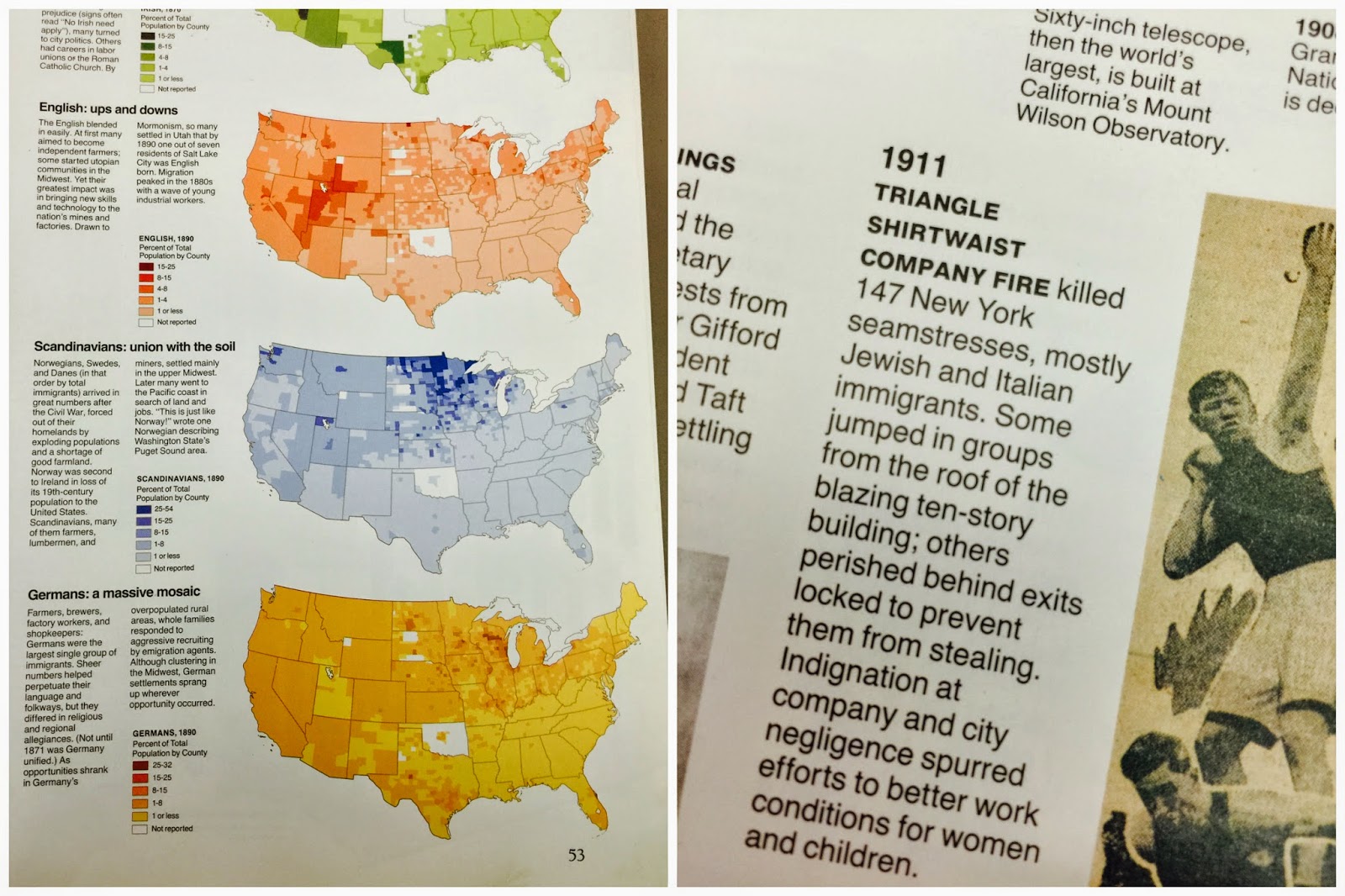 ^^^ Left: Immigrants by nationality in 1890. Red = English (Mormons, my family, of course); Blue = Scandinavians (Gabe's family, bringing pasties to the upper midwest); Yellow = Germans (my mom's family is relevant here, they eventually settled in places like Illinois and Nebraska)

^^^ Right: Triangle Shirtwaist! One of my "favorite" historical moments. 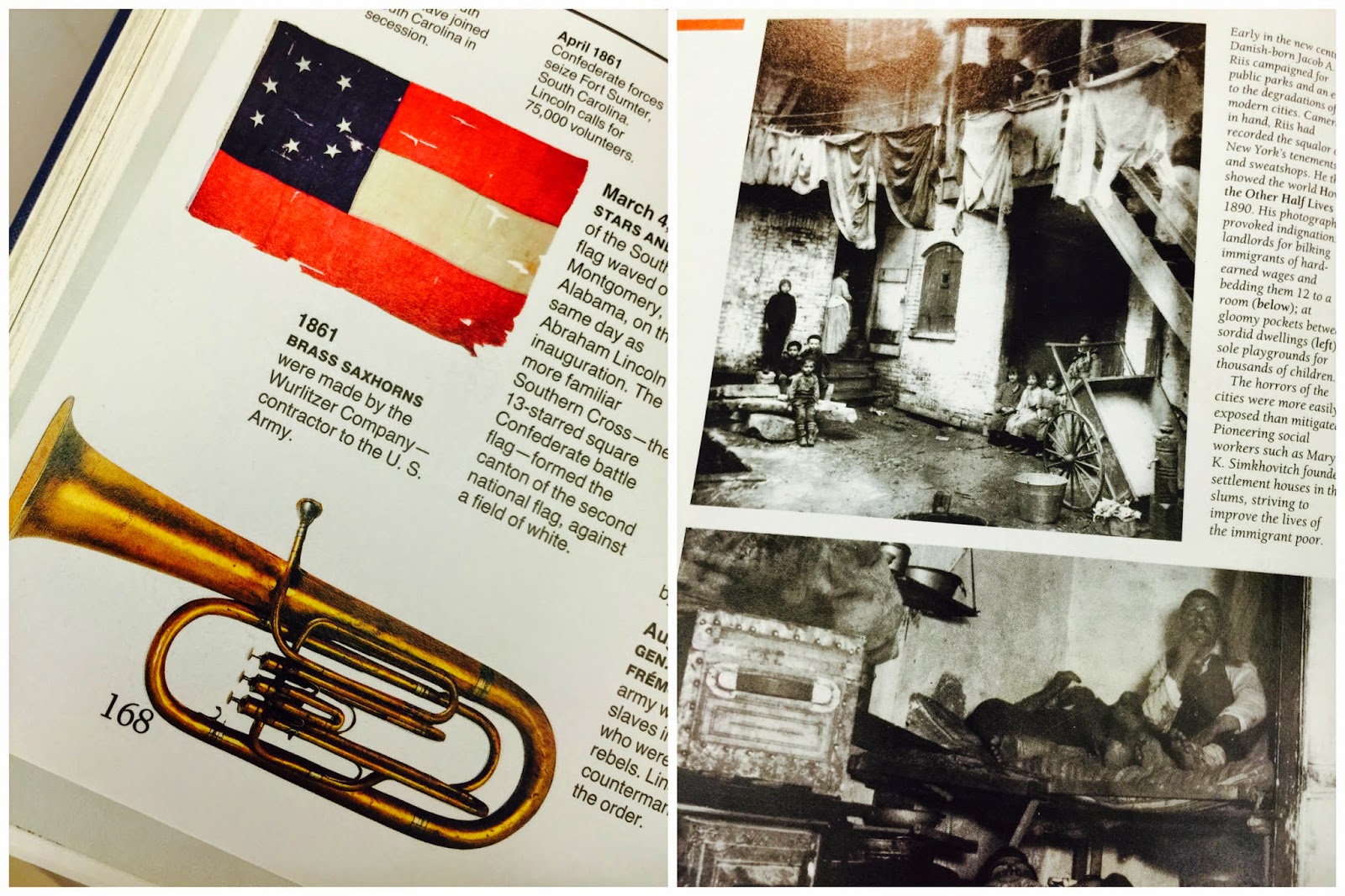 ^^^ Left: My direct ancestor invented "taps" and also I have a boyfriend who plays horns, so.

^^^ Right: ANOTHER important moment: Jacob Riis' "How The Other Half Lives" -- basically the birth of photojournalism and important for investigative journalism as well. So inspiring to me. 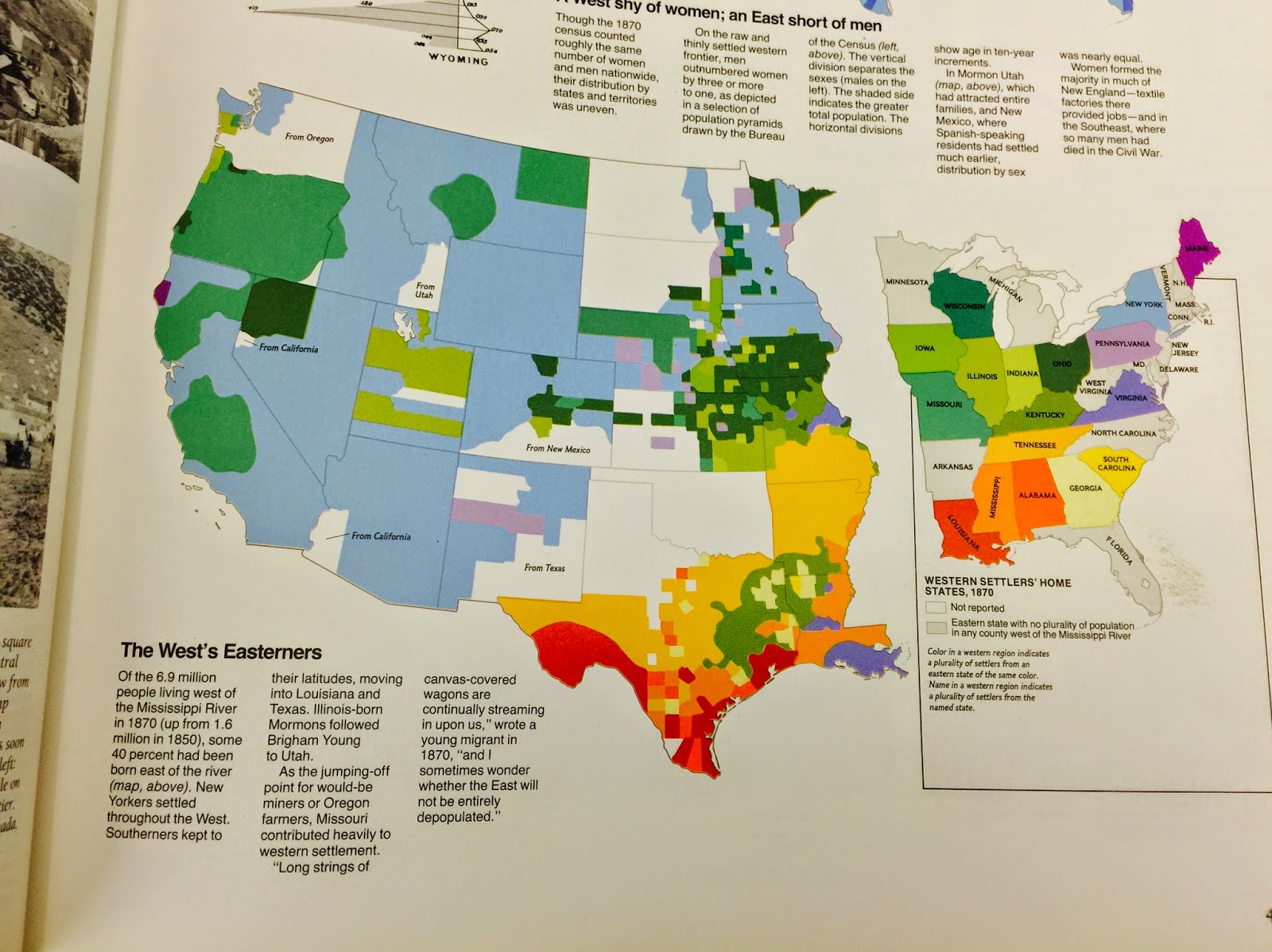 ^^^ I actually have forgotten what this was (oops) but it's beautiful, so that is enough? 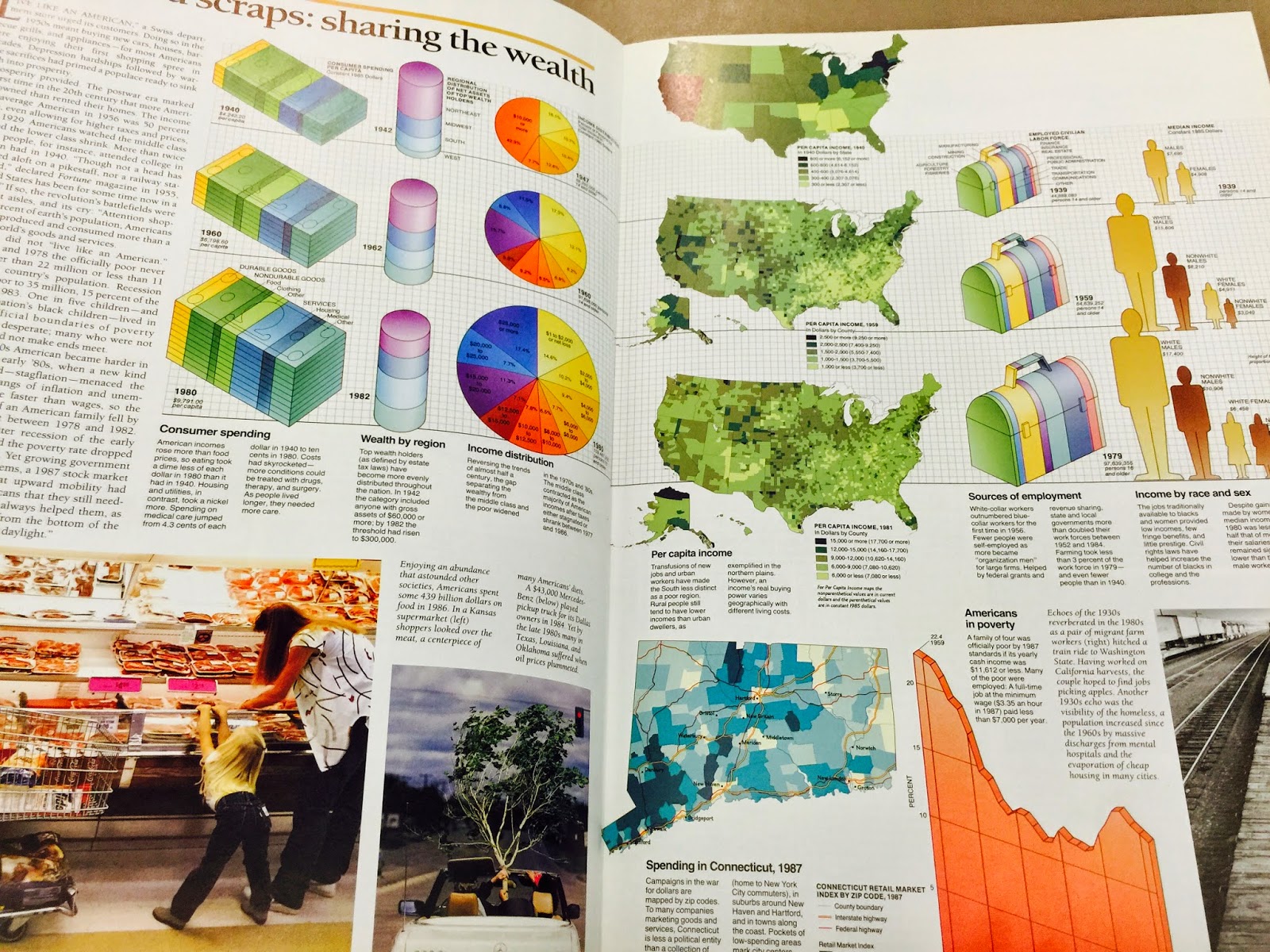 ^^^ I thought this was a gorgeous series of maps and graphs. 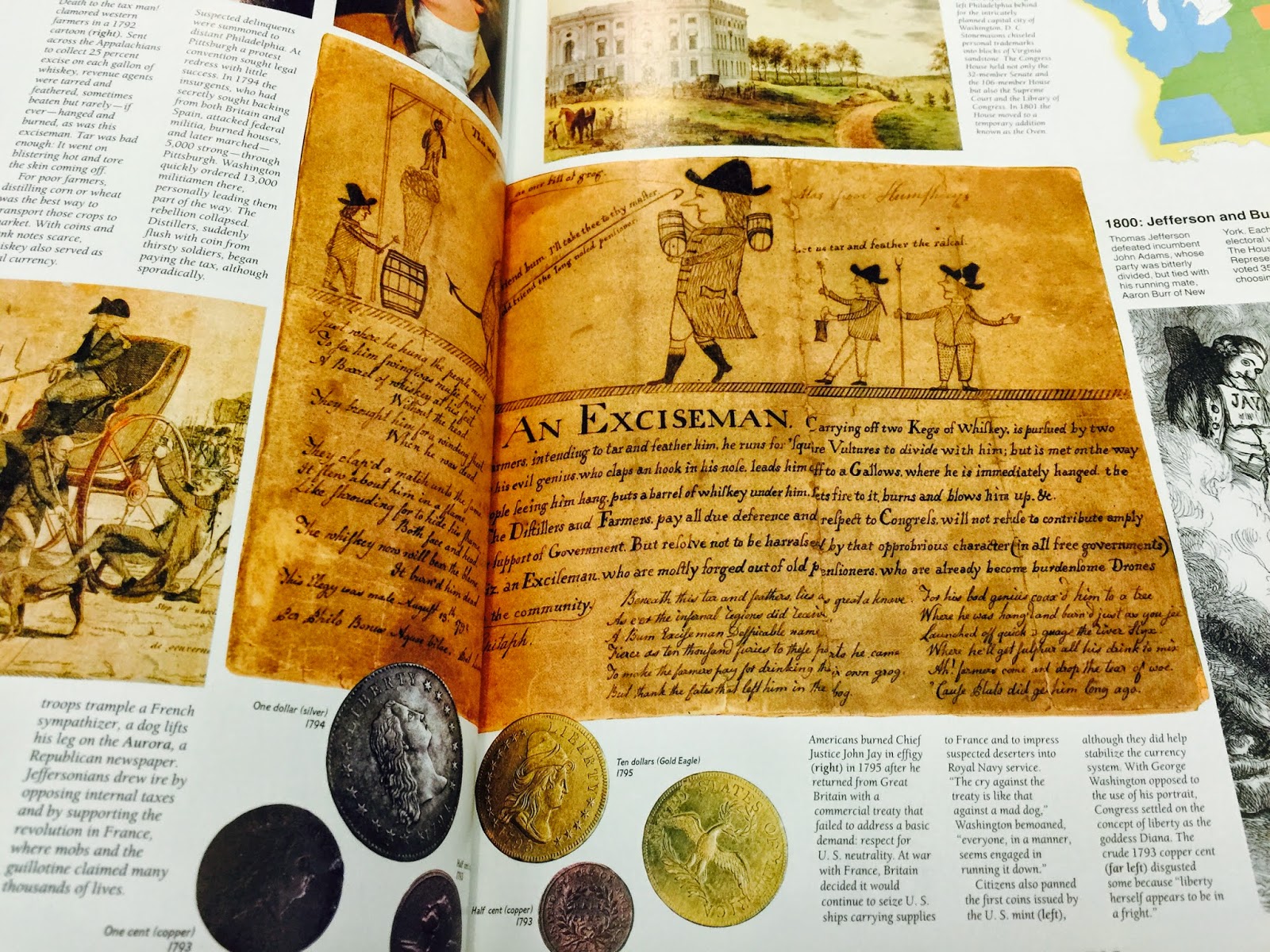 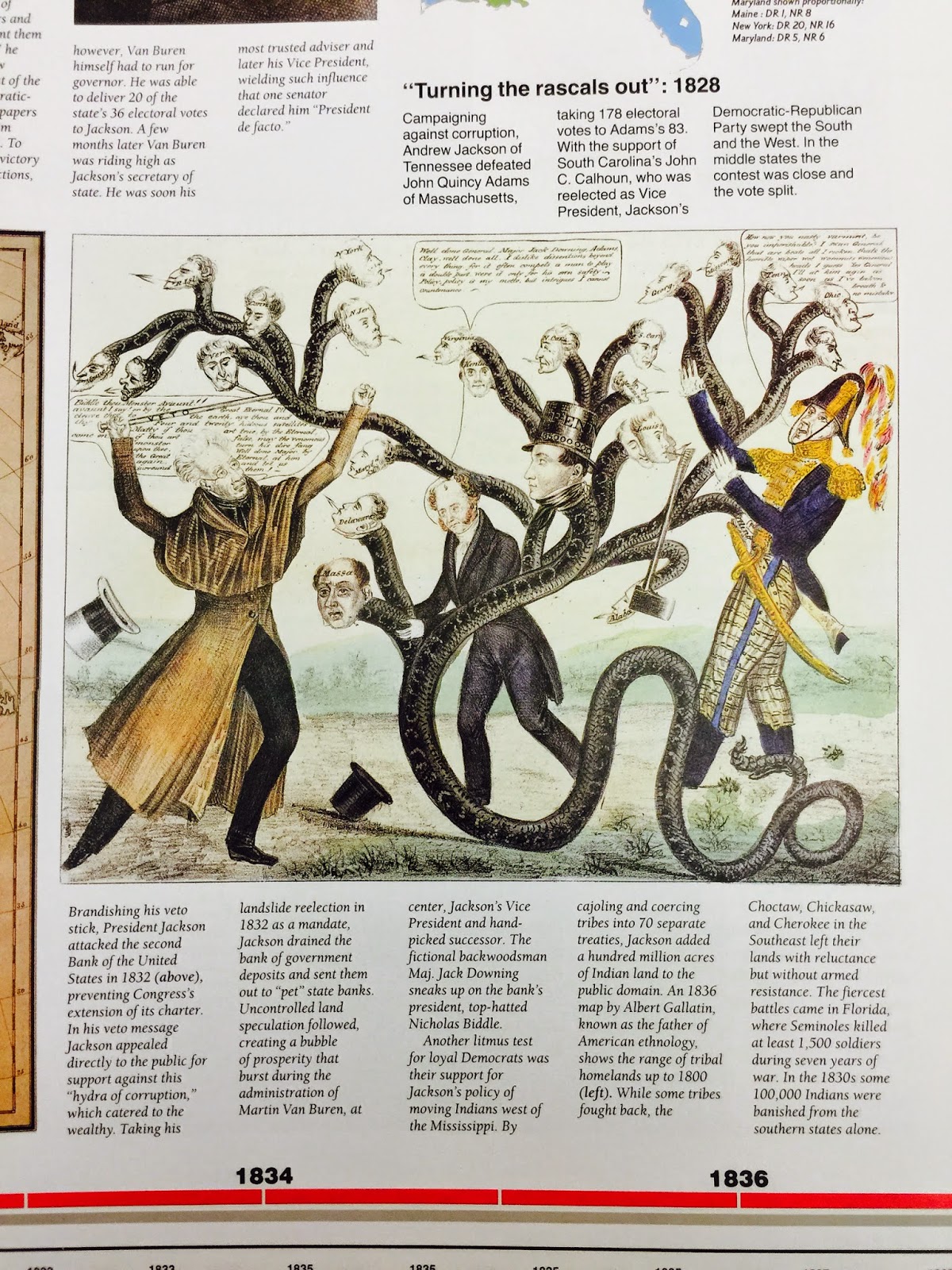 ^^^ This is probably my favorite of all. Isn't this AMAZING? A political cartoon from the 1830s, featuring Andrew Jackson with his "Veto Stick" (!) attacking the Bank of the United States, which he referred to as the "hydra of corruption" (!!) as Martin Van Buren tries to strangle the hydra, and some weird fictional joker type man sneaks up on the entire scene. The guy in the top hat is apparently the President of the bank. I really think people need to appreciate this. It's truly spectacular. 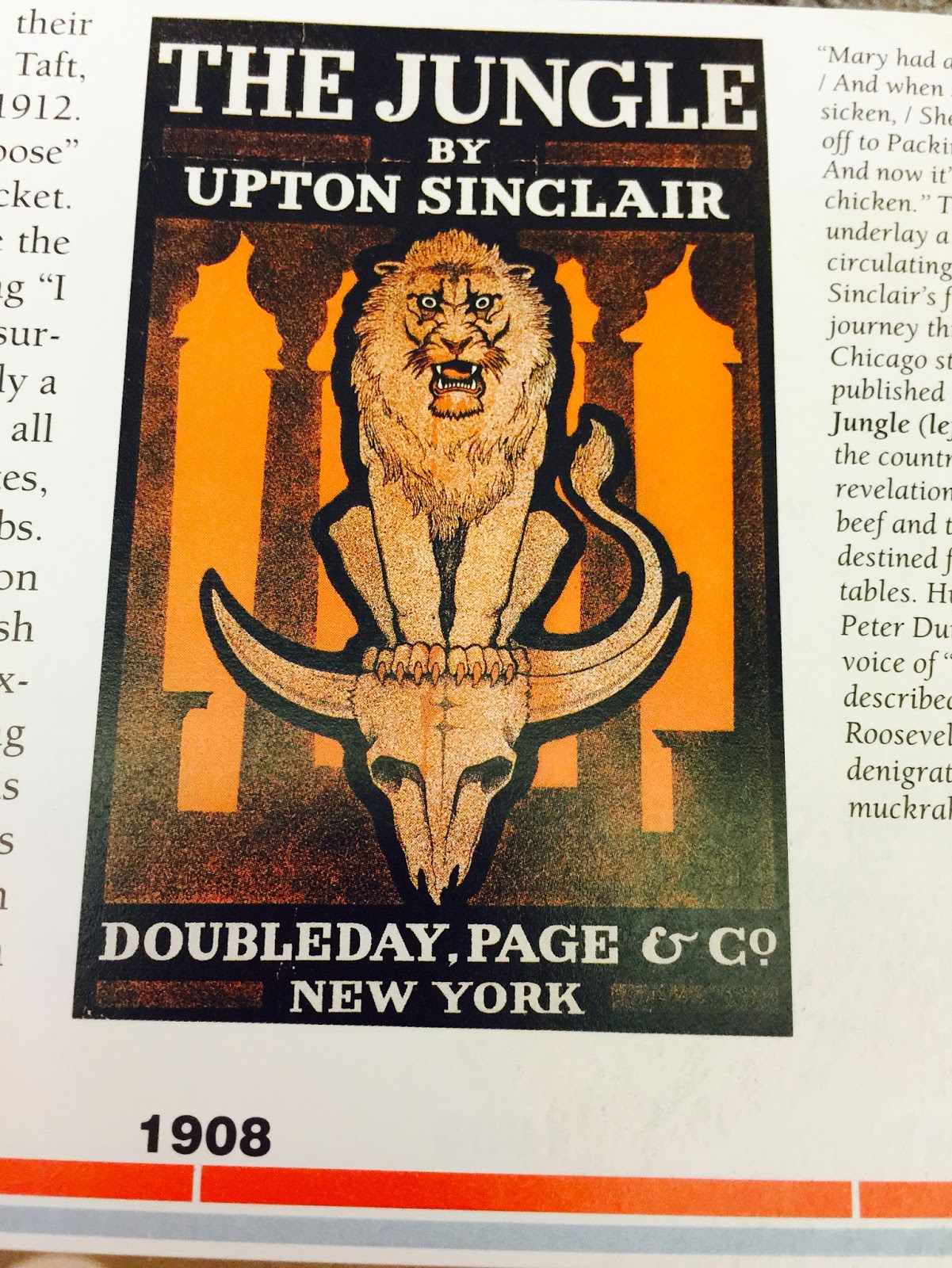 ^^^ The Jungle, by Upton Sinclair. Another extremely important element of modern investigative journalism, something I've idolized since I was young. 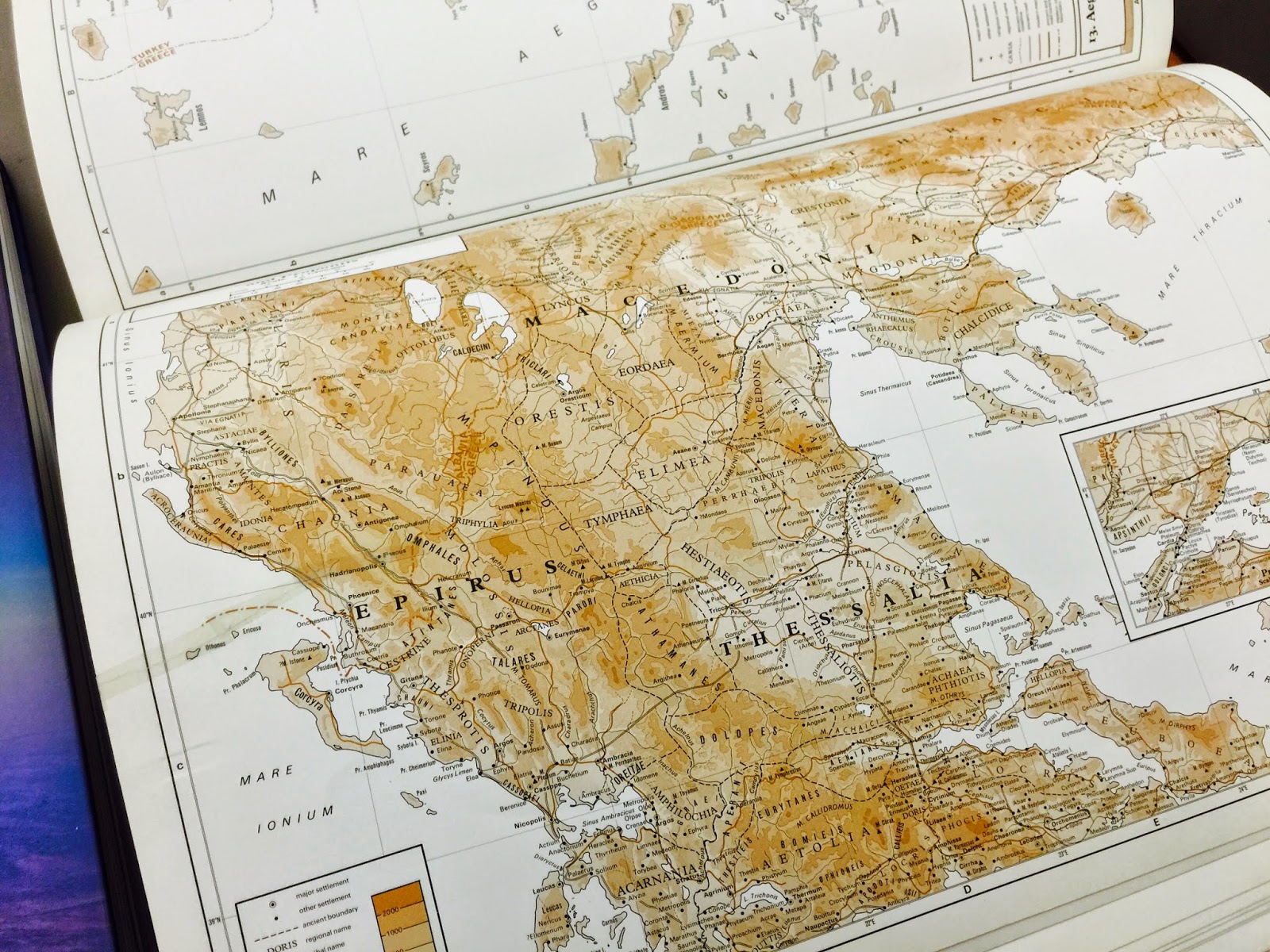 ^^^ This is a map of Macedonia, from a different atlas. 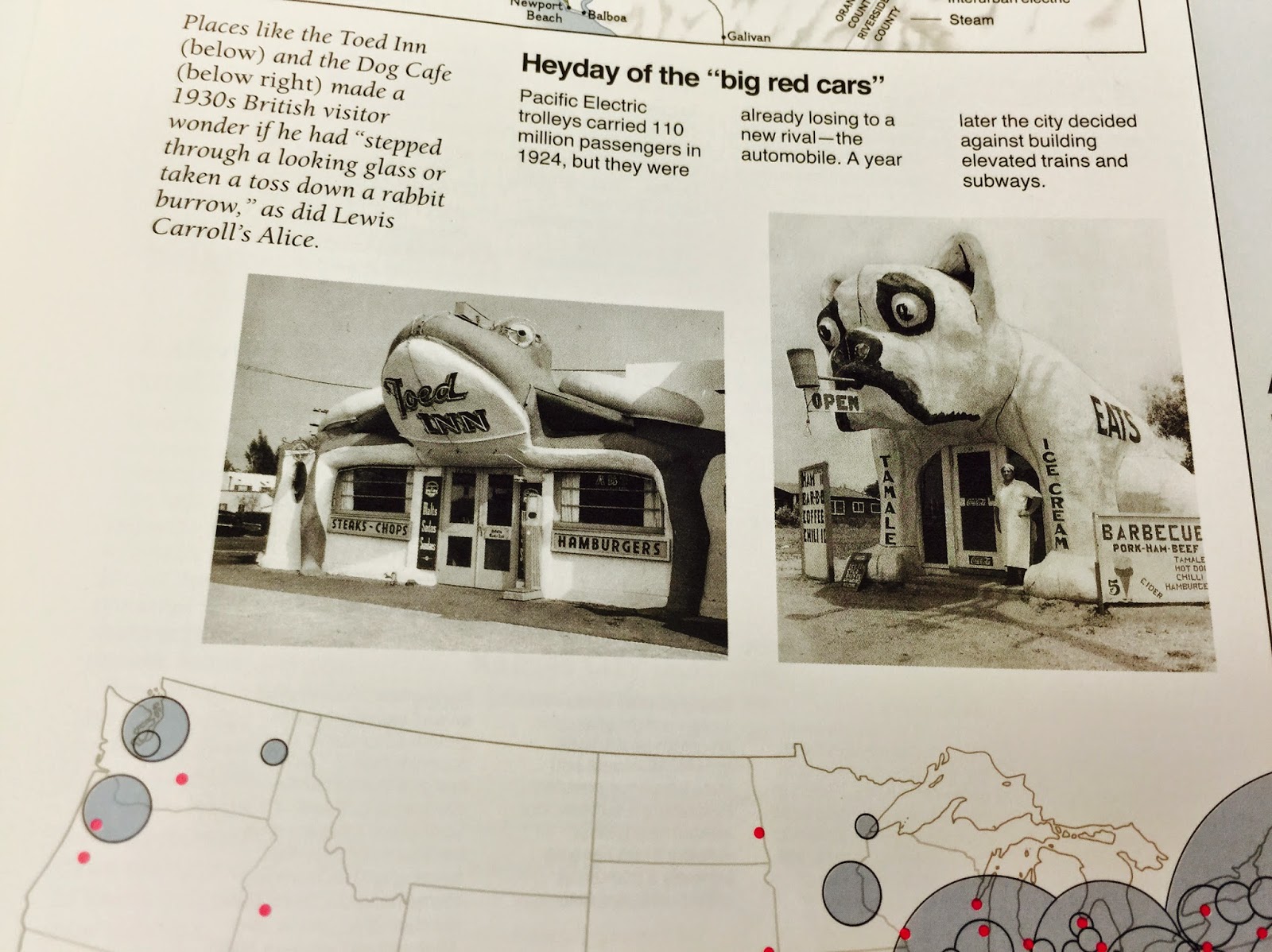 ^^^ BULLDOG CAFE AKA GIANT DOG RESTAURANT IN LOS ANGELES, which has long since gone away, but also it was in The Rocketeer, which I saw recently for the first time, so !!! 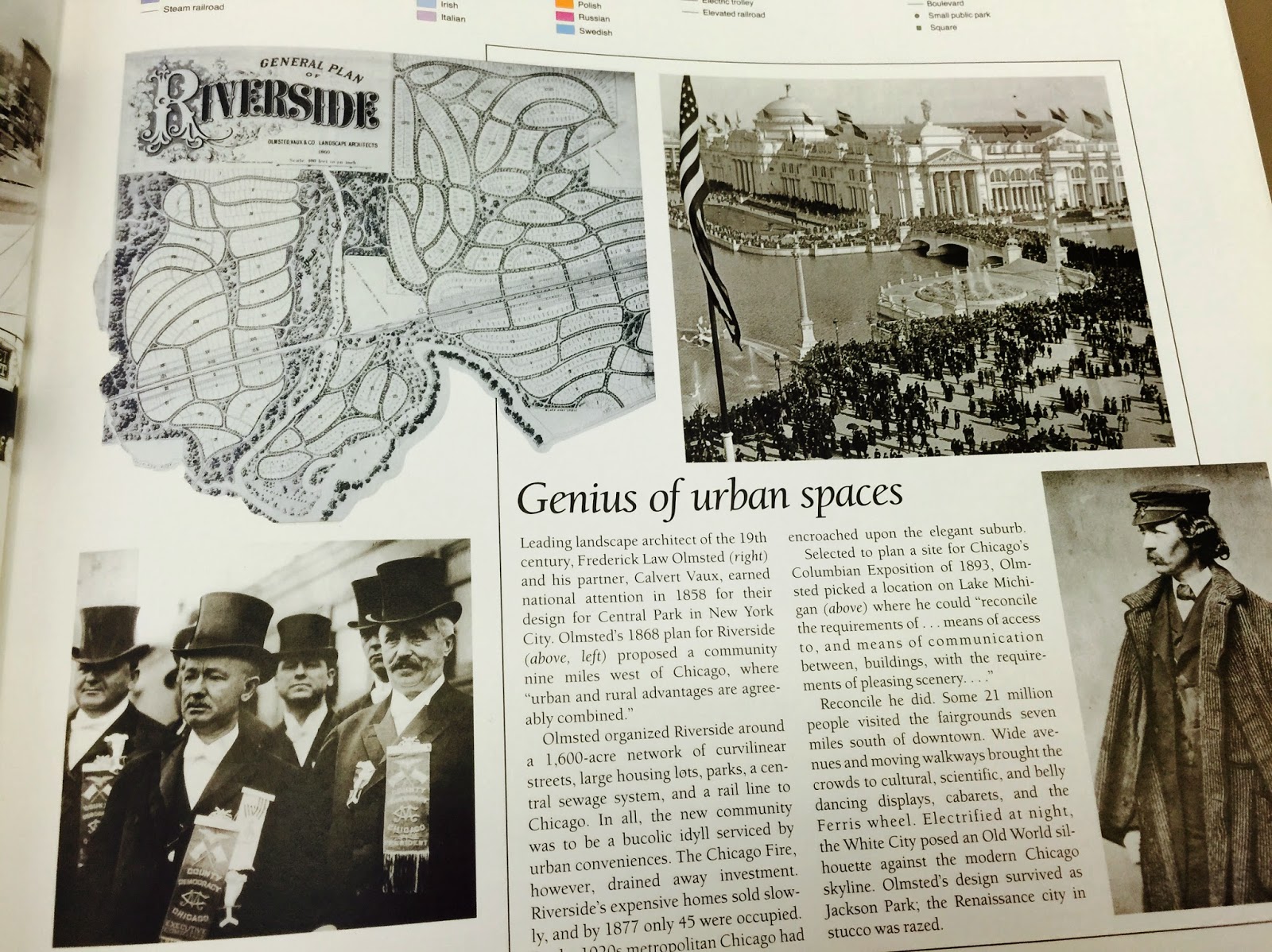 ^^^ SWOON. The genesis of modern urban planning, which began in Chicago at the World's Fair in 1893. If you want to know more about this and other things, read "The Devil in the White City."


So the moral of the story is: go to the library, dummy!