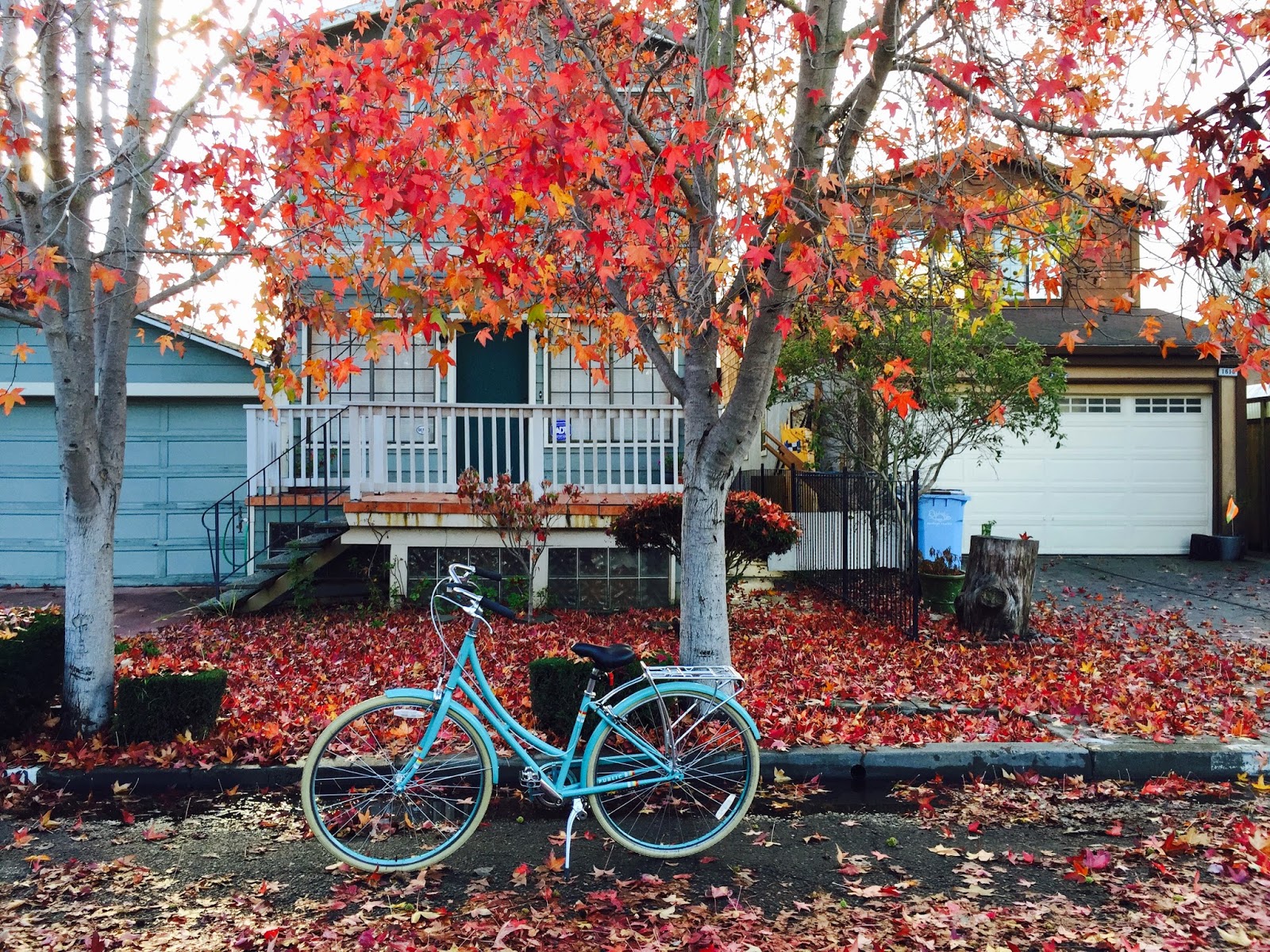 I've been feeling guilty recently because I haven't been publicly discussing how much I still absolutely love my bicycle. I've been commuting by bike (well, and BART) for more than a year now, and I've really gotten into a comfortable groove with her (she does not have a name, though -- naming her proved too difficult). Since my hip injury in September I've not gotten to ride it as much outside of my work commute -- I've been focusing on aggravating my injury as little as possible to allow it to heal, obviously -- and since the injury has been varying degrees of extremely painful, but always painful to some degree, it's become painful for me to carry my bike down or up stairs, or to ride it too strenuously, or to brake suddenly to avoid an obstacle. I'm sure this has something to do with my relative silence about cycling in general this fall.

A couple of weeks ago I attended a party at my former department at work (ie, on campus). I worked on campus all day, which meant I left my bike at home and took the campus shuttle up the hill to work. This was an eye-opening experience for me. I spent years making this exact commute, give or take, without a bike, and after doing it for one day two weeks ago, I immediately realized how lucky I am to have a commute that allows me to ride a bike now. First -- the commute takes far longer without a bicycle! Walking to BART takes longer than riding there, especially with my current limp. Waiting for the shuttle takes extra time. Second -- I don't get the amazing feeling of exerting myself early in the morning and breathing in the morning air, hearing the stillness of a world still just waking up. There's a lot to be said for a pre-work bike ride. It helps me clear my head before arrival. It helps me shake out the cobwebs. Third, the physical benefits: it gets the blood pumping, even if I'm coasting downhill the entire way to my office. Fourth: I have far more control over my own schedule when I'm riding around on my vehicle, rather than relying on my feet or transit. Fifth: riding a bike is just one of life's greatest pleasures, period.

Two days ago I went to my bike shop to fill my tires before a big storm. Just being at the store, filling my tires with air, was enough to get me waxing poetic about being a cyclist. And since then I've been getting in touch with all of the great ways riding my perfect-for-me bike makes me feel. Even in the rain, which is love/hate, except I have fenders, so it could be a lot worse, understatement.

Anyway. This leads me to today. I've been on the lookout for fall-related locations on my commute route for a couple of weeks now so I could take some photos of my bike (well, and of fall). I have almost always been in a rush to get home, so I never planned ahead well enough until today. I also had a better opportunity than previous days because of the large storms we've had this week. The leaves actually look like we have seasons around here now! I also knew I had to get to them before they were all blown away or raked up or otherwise destroyed.

I selected this street in North Berkeley (Cornell, off of Virginia) because it always looks unusually lush, and this fall has stood out as the most "fall-like" street: 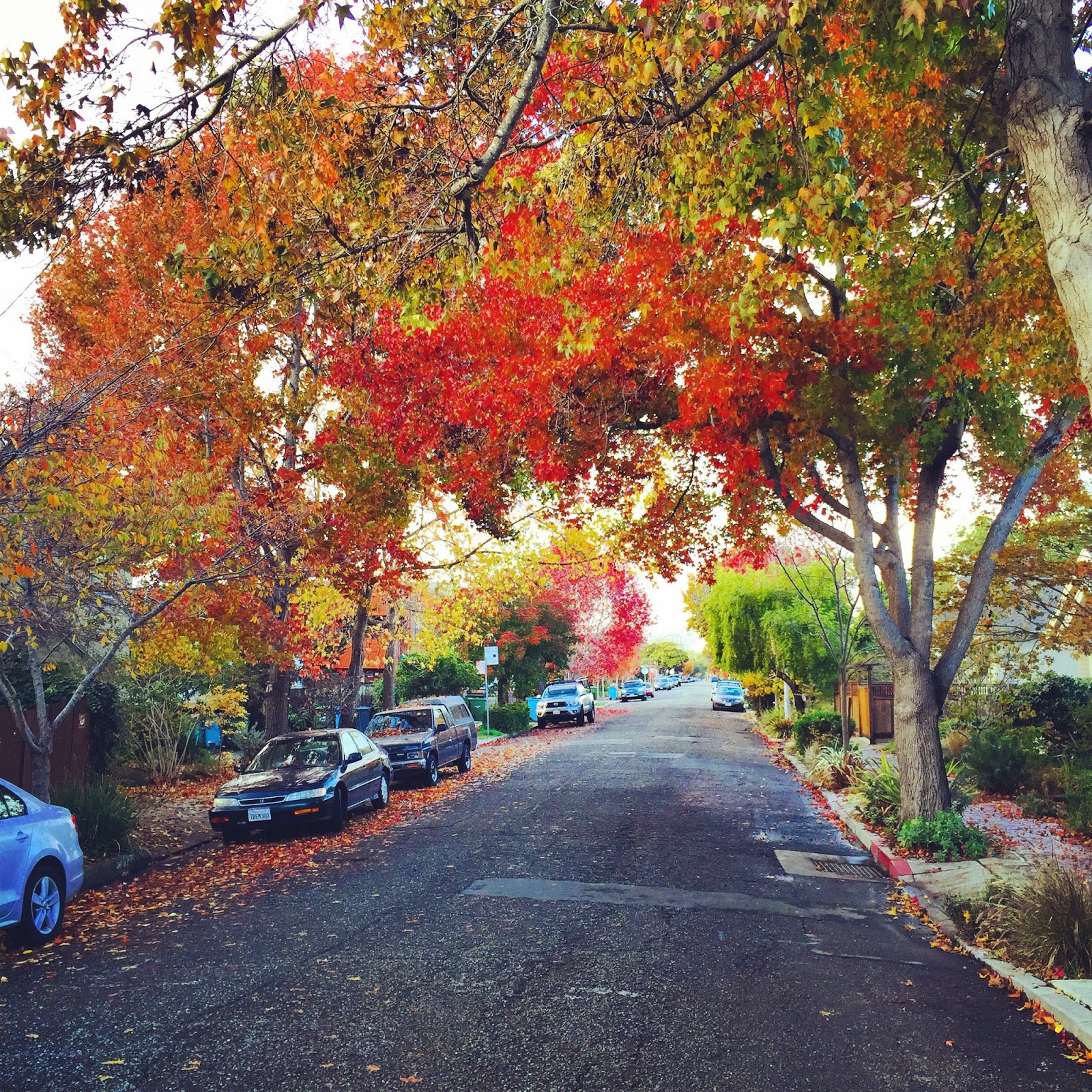 And it was all just kinda perfect (other than the quality of the road, which was ... ahem ... very Berkeley and could cause all kinds of serious injuries due to potholes!): 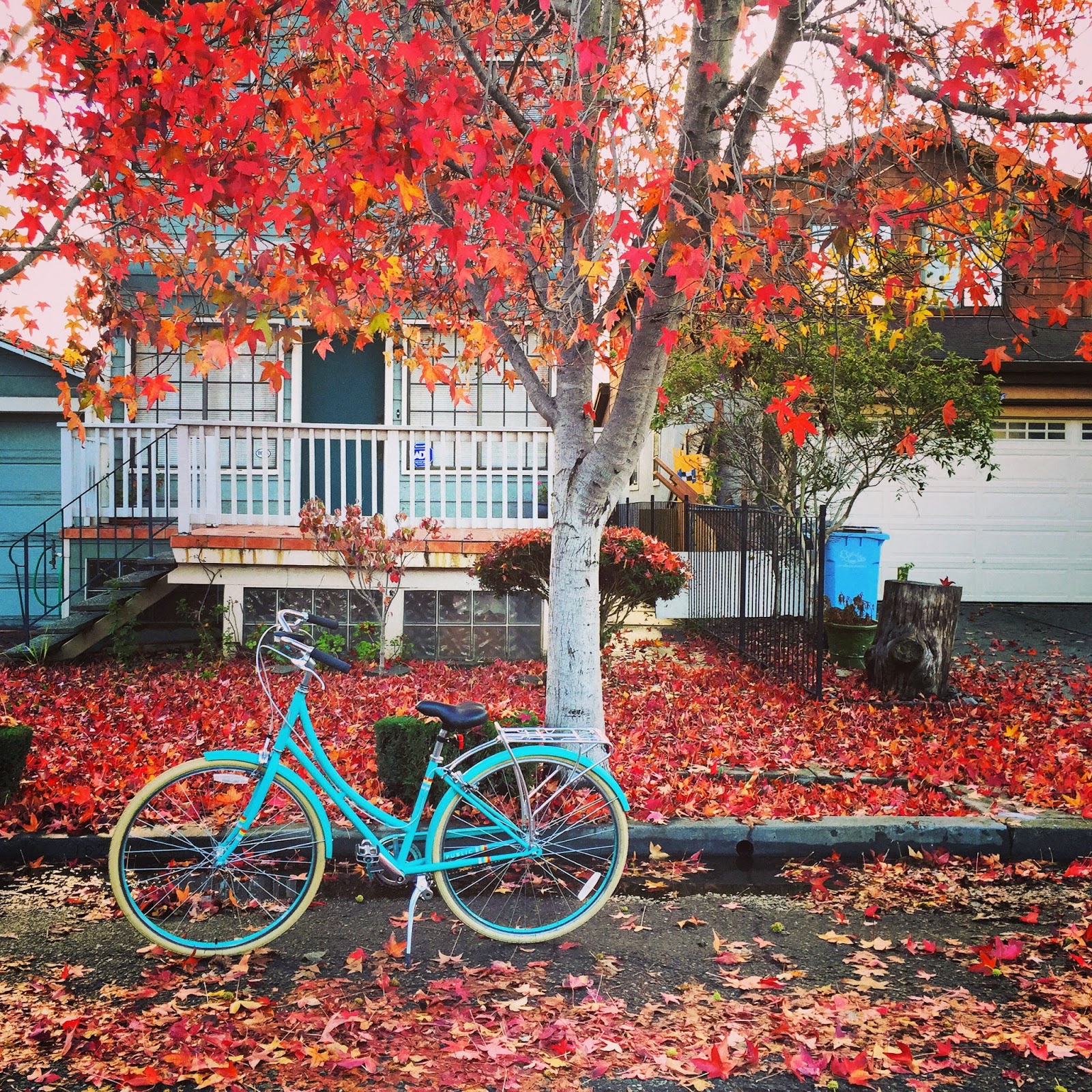 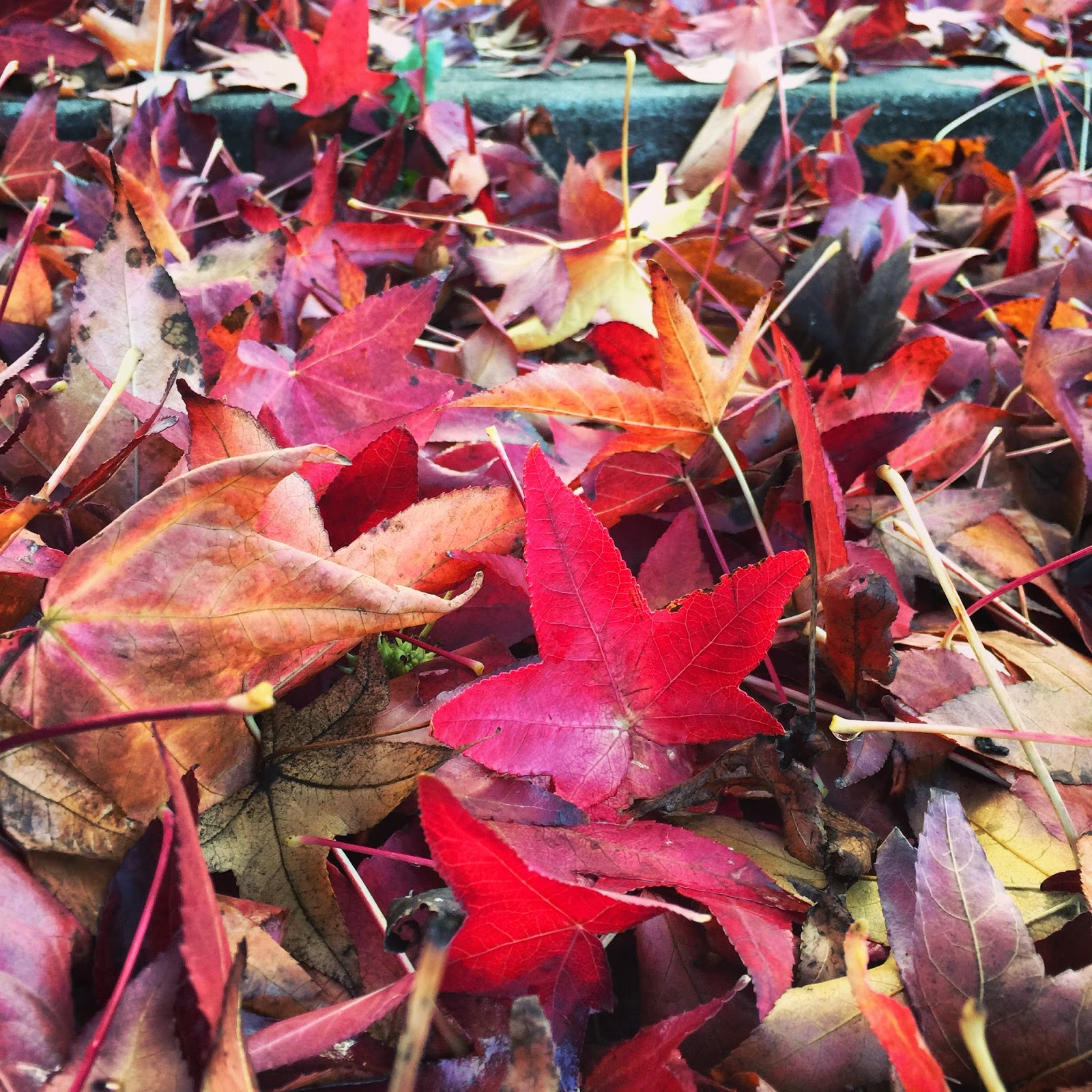 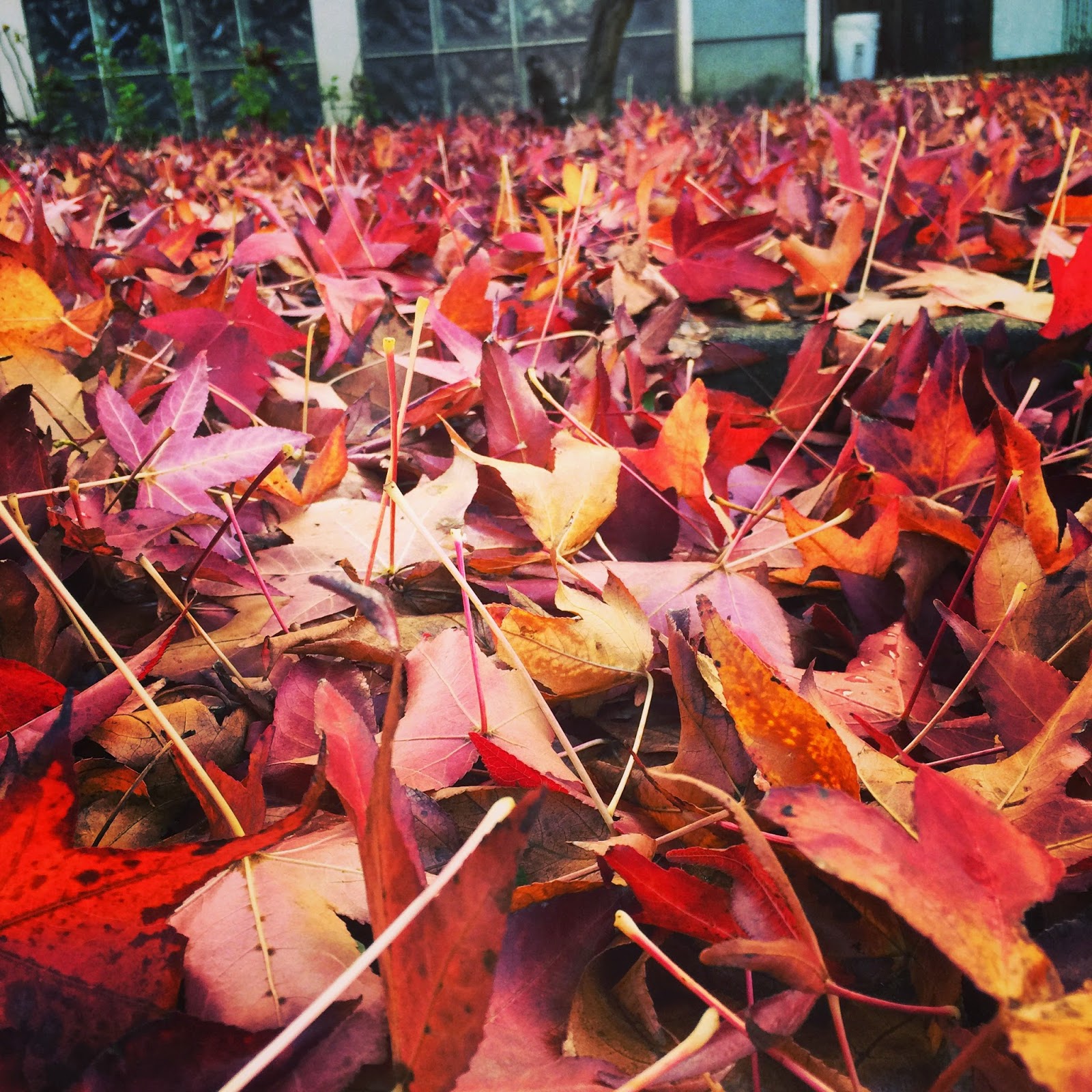 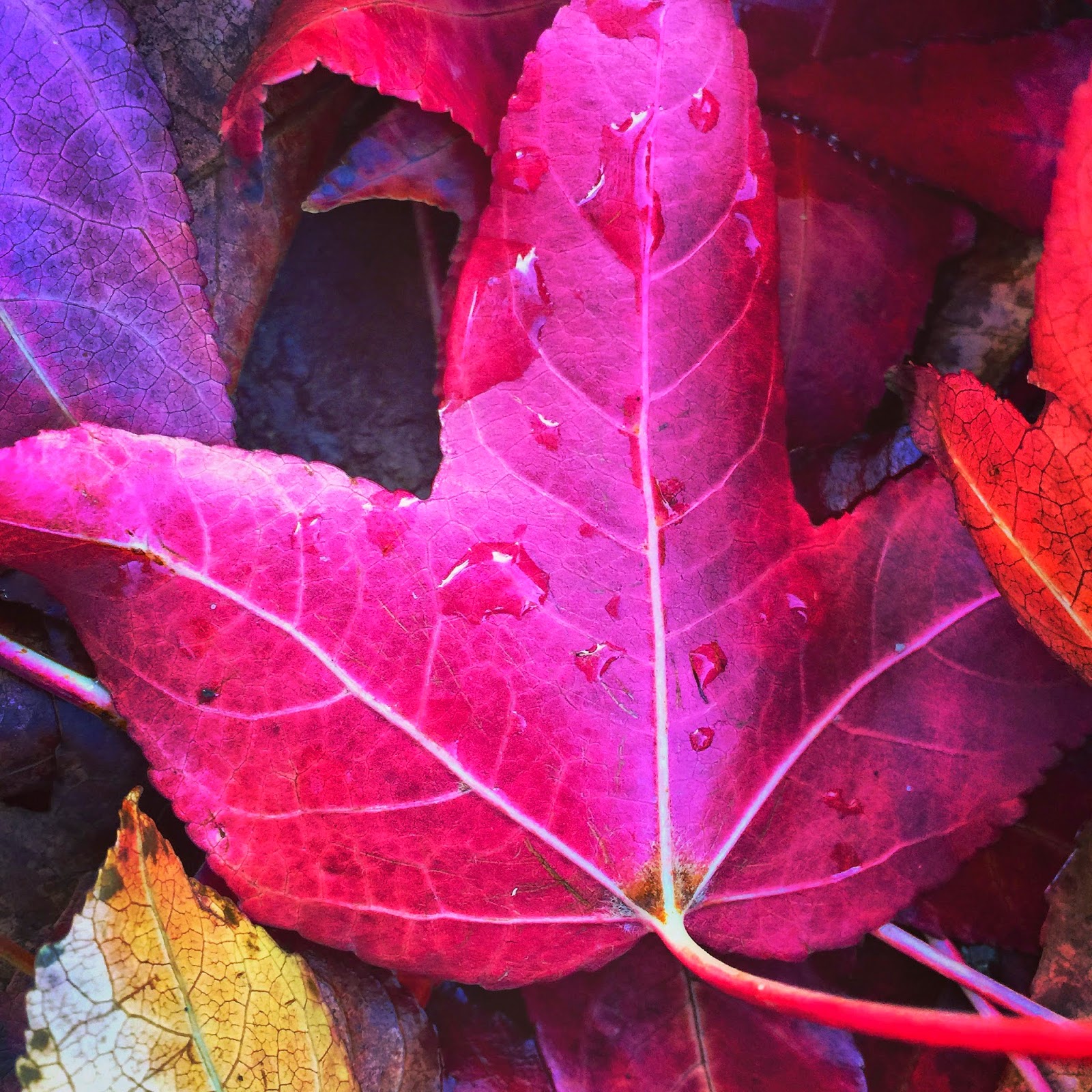 “Your bike is discovery; your bike is freedom. It doesn't matter where you are, when you're on the saddle, you're taken away.”
― Doug Donaldson
Email Post
Labels: 2014 berkeley bicycle cycling december fall instagram life nature photos
Location: Berkeley, CA, USA