Hey, remember this? It's the geography nerd feature I used to do on this blog a couple of years ago. I always thought I was the only one, literally the only one, who cared about this or read it. But a couple of weeks ago a friend left a comment on my Facebook timeline asking me to bring it back. Alex, you made my day, but not just my day: you made all this drivel stuff I put out onto the internet worth it.

For my first week back at this flag thing, I picked the flag of Lesotho.

Do you know anything about Lesotho?
Do you know where it is?
Because I've always thought that Lesotho is really cool.

Lesotho is a small, round country completely landlocked by South Africa. That's neat, right? It's a country within a country. How did that happen? These are the things I always wondered as a child. Turns out it's complicated (when isn't it?) and involves colonial Britain, and South Africa, and wars. Also, I'd be remiss if I didn't mention that Lesotho has a lot of systemic problems: poverty, an HIV/AIDS epidemic, high infant mortality rates, high rates of child labor, sexual violence, etc.

But anyway, the flag. We're here to talk about the flag.

This flag is awesome because it has a hat on it.

Confession: I had no idea it was a hat. I thought it was a capsule from the Gemini space program or something, because it does bear a striking resemblance, doesn't it? 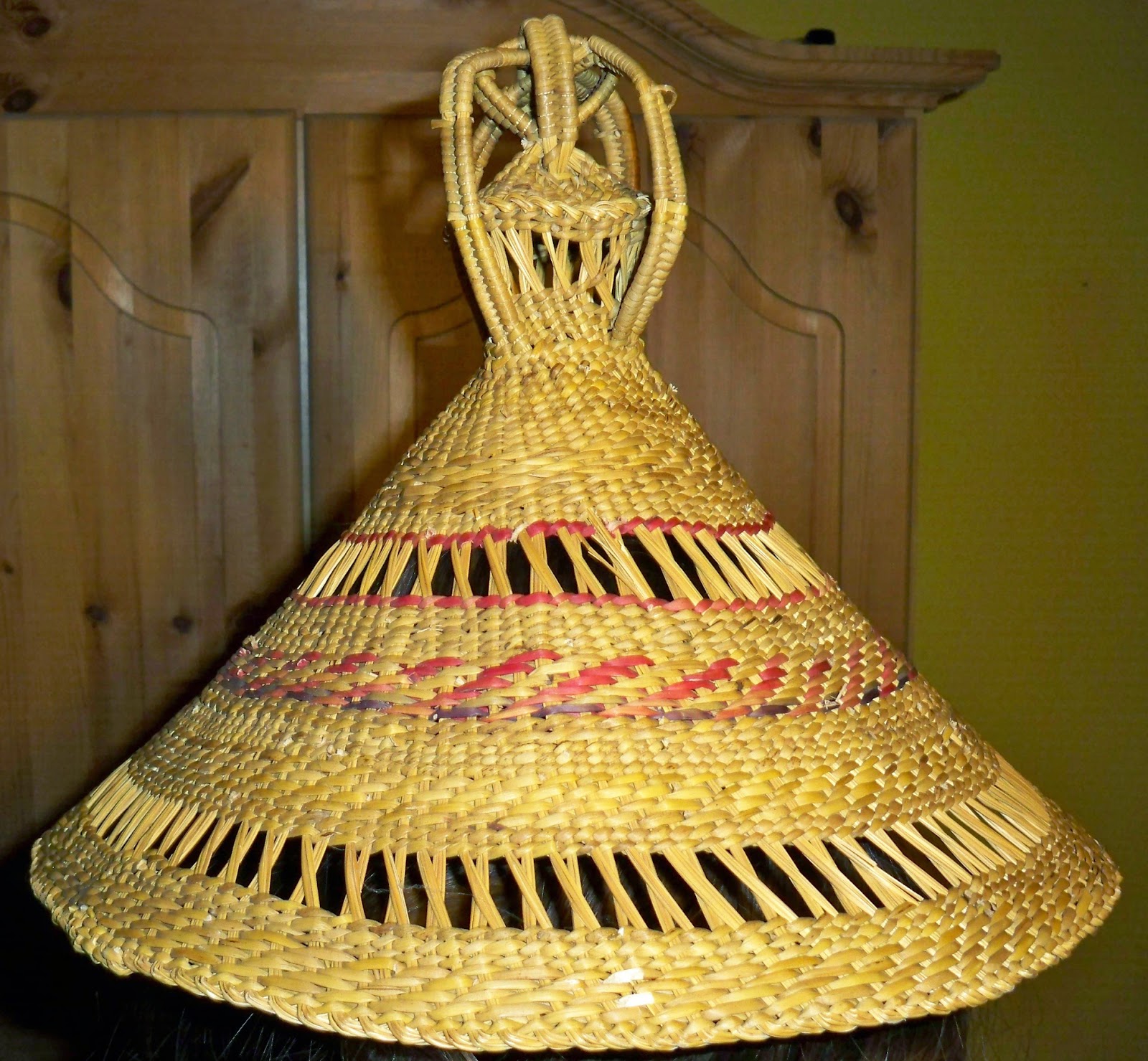 But no, it's a hat. It's called a mokorotlo, and it's part of Lesotho's traditional dress. When Lesotho voted on a new flag in 2006, every option included a mokorotlo. They ended up changing the color of the hat from brown to black to symbolize Lesotho as a black nation. The blue, white & green stripes seem to roughly symbolize sky/rain, peace and land/prosperity.

This flag is known as the "peace flag" after a prolonged period of unrest and war, and itself symbolizes that Lesotho is at peace, with itself and with its neighbors. The BBC wrote about this in 2006, which is great because the American media sure didn't care about Africa, and never does (unless a white person gets Ebola). Sad but true political commentary there.

Conclusion: this flag is cool, Lesotho is a country more people should know about around here, and also please don't go buy a hat like this because that's probably appropriating someone's culture. Even though it looks like it would be really good for gardening. </end>