In so many ways, 2014 has been a year of unexpected change. And to go along with that, I've spent much of this year either chasing down parts of myself that seem to have gotten lost, or decided to wait patiently for those things to return. This month has brought the return of something really important to me, something I really missed, but couldn't force: my love of cooking.

Yes, of course, you're saying. Amber loves cooking! Well, for most of this year, I wasn't feeling it. I was OK with this, because I figured my desire would return eventually. Luckily, I was right.

Last week I decided to get a CSA box from Good Eggs. I had no idea what would be in it until the moment I picked it up last Wednesday, which was really fun, and I had no idea how awesome it would be! It was amazing to come home last week and find my fridge so filled up with vegetables: 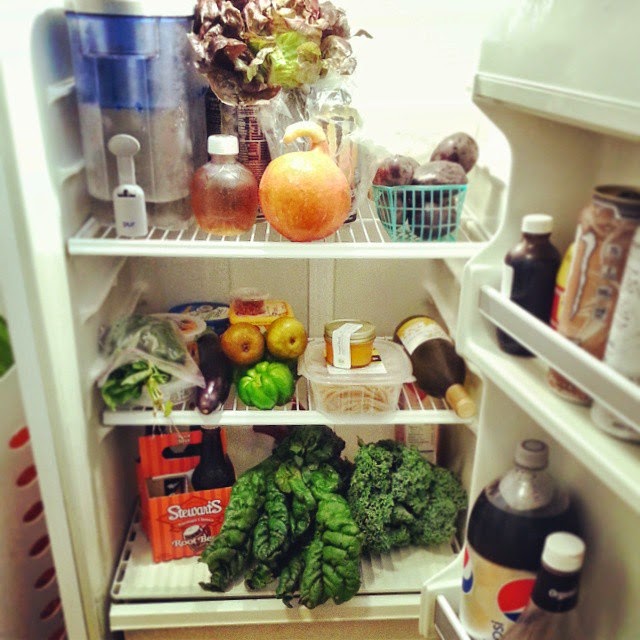 So yes, it has been a good week of cooking stuff. It's been so long since I've been able to say that. 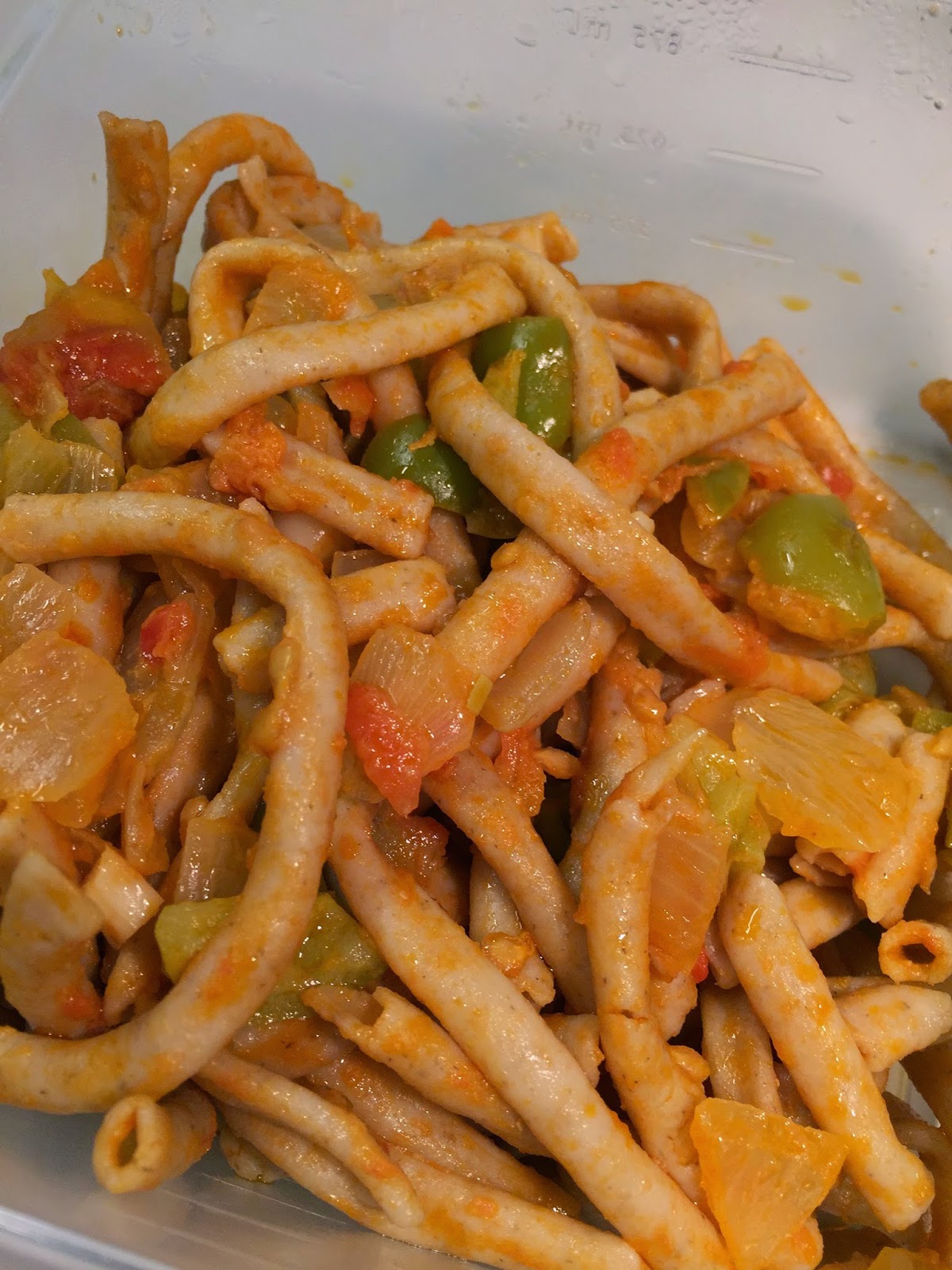 ^^^This was my favorite thing I made all week: fresh whole grain bucatini pasta from The Pasta Shop with a sauce made from Mission: Heirloom tomato-basil sauce, additional heirloom tomatoes, garlic, onion & green pepper, topped with fresh basil. It was absolutely delicious! 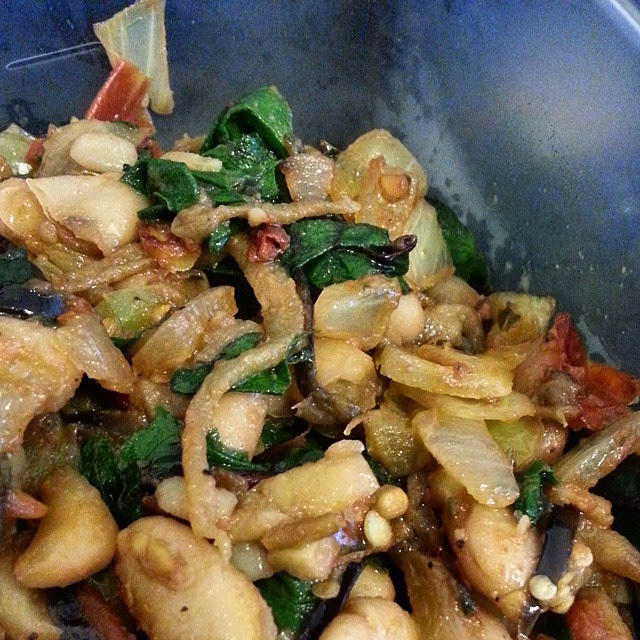 ^^^Next up, we have a white bean hash. I actually wrote up this recipe for Facebook friends, so I'll repeat it here. It's ridiculously easy and super healthy, and made a great lunch the next day:

Just cut everything up.

Heat a couple of tablespoons of olive oil in a frying pan on medium heat. Add the garlic, onion, green pepper and eggplant.

Stir fry for a few minutes, don't stir too frequently but don't let the fragile veggies burn, either! Add some salt and pepper.

Then add white beans. Stir fry for a couple of minutes.

Then add chard. Stir until the chard is wilted, just cooked through. Add red pepper flakes if desired, season to taste, AND EAT! 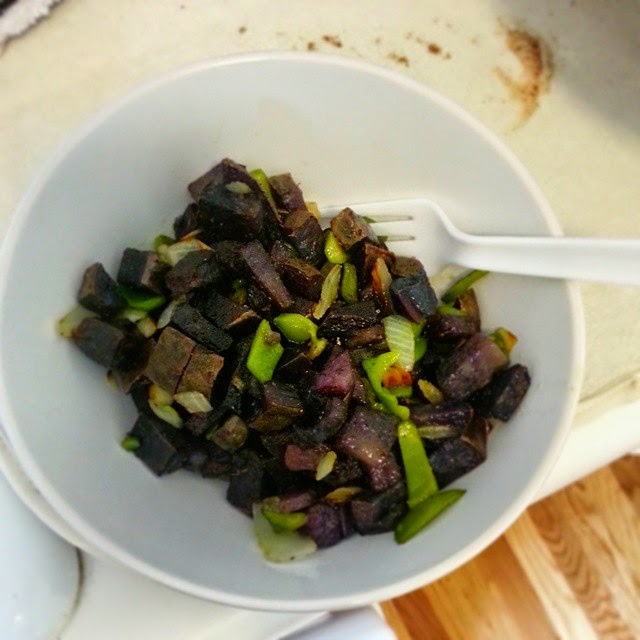 ^^^Finally, this was a great (and easy!) breakfast on Saturday morning. I was really, really excited to get a pound of gorgeous purple potatoes in the CSA box for precisely this reason. All this is, other than purple potatoes, is garlic, onion, green pepper, olive oil & salt/pepper. Just pan fry it all up.