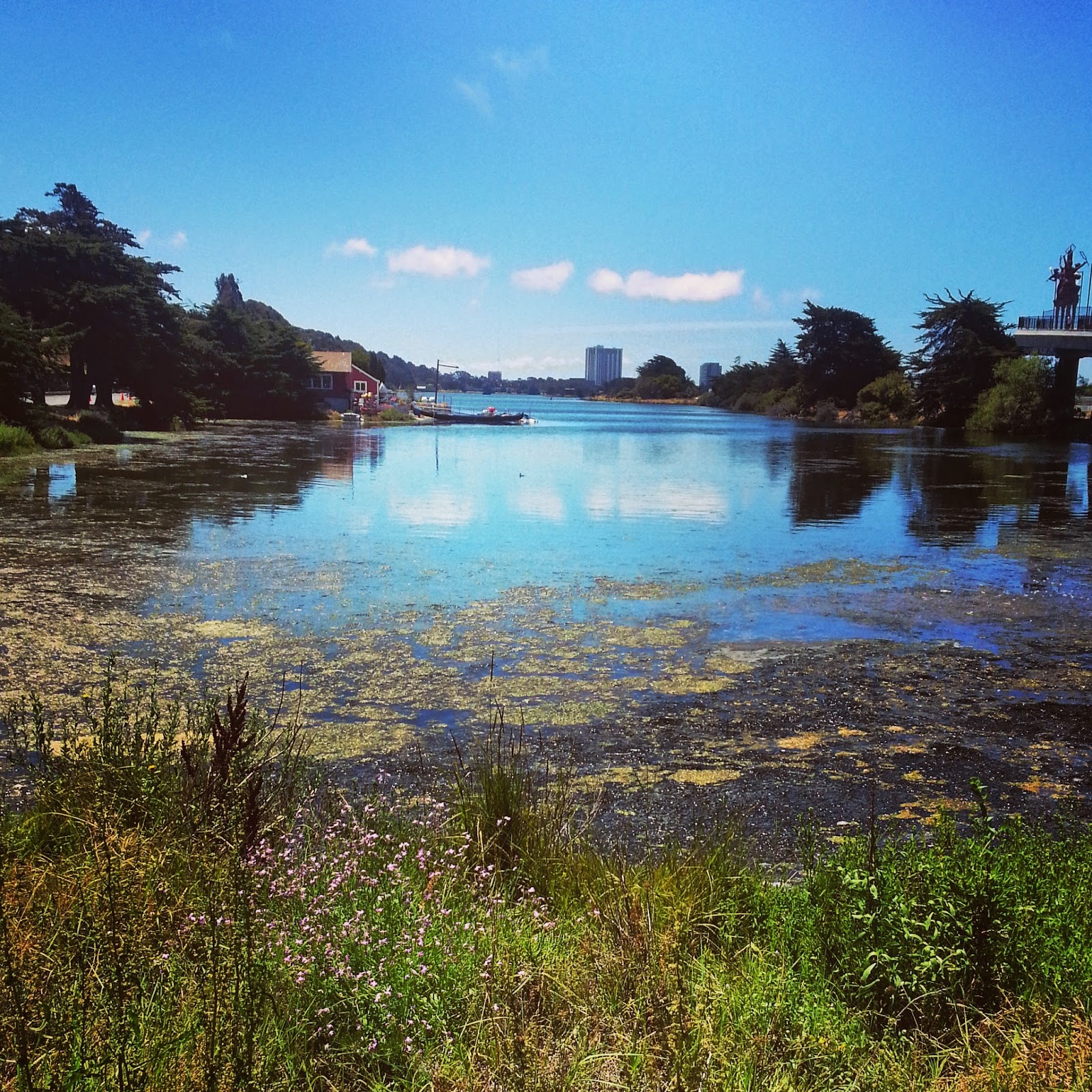 I've been trying to write this blog post for days. It's been sitting in my head, coming together, slowly but surely. I really want to get this all down, not just for my sake, but for the sake of anybody reading this. I feel so inspired these days to be "a better me." A better version of myself in every way. This year has been really tough for me, and my routines are something I've tried to re-establish out of a need to maintain order amid chaos. Now that my life is so different, though, I've found myself wanting to blaze new trails, set new goals, and recommit to a healthy lifestyle in new ways, or ways I gave up over the years.

I'm taking steps toward that now, and I want to write down where I'm at in my everyday journey. I'm not perfect, nor should I be, and that's something really important for me (and anyone reading this!) to remember. I am not a robot, and I don't want to be. I want to live life to the fullest. So here are some of the ways I've been working on my personal health lately. It is possible to look skinny, but not feel your best, you know -- I've been dealing with anxiety/mood swings, a lifelong drama I'd rather not be taking medication for again in the future, and working on feeling my best is important to me right now.

Here are some of the things I've been doing/am excited about:


1. Running — I'm proud of myself for keeping up with running during this period of emotional upheaval. I feel like many people would have stopped. I did, for a couple of months (January and February, when things were the absolute worst) but was back at it starting in March. It's become something so natural to me, and that's something I never, ever thought I would be able to say. Now, I'm not saying I've become great at it, or that I'm fast or that I always want to go running. Sometimes I still have to kick my own butt out the door. Sometimes I make excuses, but I try not to. I feel so much better when I'm running regularly, and that goes for physical, mental and emotional health.

Today marks 30 days until the SF Marathon, where I'll be running my 2nd half. Like most things you do a second time, I haven't been stressing out about it, though I do worry I'm not stressing out enough about it. The longest distance I've run this year -- 9 miles -- ended in a really painful knee for a few days. I admit to pulling back on training since then (sticking to 7-8 miles on the weekends) because I'm afraid of experiencing that awful "peg leg" thing again. I'm probably (hopefully) worrying about nothing. I've also been experiencing some painful burning in the bunions on my feet, so I'm trying to take care of them more, too. So far in my running career I've been lucky to avoid injury, and I'd like it to stay that way.

Running has become more than a hobby at this point -- it's a lifestyle. And protecting my ability to keep doing it is really important to me. That's just a small reason why I love yoga, but it's helping me a lot right now with my mission to keep my muscles/ligaments/bones happy. Speaking of yoga...


2. Yoga — It's no secret that I love yoga. But the price of a class is ridiculous, and my favorite donation based studio (Yoga to the People) is no longer convenient for me (sadface!). I had resisted doing yoga at home, even though I have my own mat, for years ... probably because I'm stubborn. I had decided that it wasn't for me even though I had no idea what it was even like. I scoffed at people who said they did yoga at home. I really felt the class environment was for me, end of story.

But this week I decided to try the YogaGlo app on my Roku, and I discovered that I was totally wrong about everything I thought before. It's so easy to do a yoga class from my bedroom, in front of my TV. I actually still feel like I'm in a class, because the classes include people on the screen, and we're all doing the best we can and failing and facing the same directions, so there's less of a real impact that way than I thought. I still build heat. I still sweat. I still get in the zone. It's not quite the same, but it will do. And the price is so right, you guys: $18/month. I pay at least $18 for one class at a studio. One class! I've used my subscription twice and it's already more than paid for itself. I can't wait to go home tonight and do another class. And lest you think I was compensated in any way for saying all this, all I have to say is HAHAHAH -- like anybody would sponsor content for me, I'm not a big time mommyblogger!

3. Weights — I've done some minor weight lifting in the past, but nothing regularly. That is about to change. I can't even carry my 29 lb bicycle up the stairs at the BART station because my spindly little arms are so weak. My upper arm strength has always been an issue for me. Even when I was doing gymnastics as a child, it was my weak point. Anyway, I just bought some 5 lb weights from Amazon, the exact same weights I used to have when I lived in the loft, and I'm excited to have them again. I am not looking to bulk up, just to get a big stronger. Being able to carry my bike up the stairs would be awesome.

4. Eating — Well, this one is sort of a huge can of worms. Let me explain. I'm against calorie-counting, something I've talked about here before. I think it's a great thing for some people, I suppose, but if everybody were able to adopt a whole foods diet, and ate well every day, and kept very active, I think we'd all be doing pretty well. But since it seems to work well for some people, I won't really knock it. For me, calorie counting takes a lot of the fun out of life. It makes me a neurotic, very very neurotic, type of person. Yesterday I decided to keep a food diary, though, because now that I'm not able to cook (my current kitchen isn't really meant for cooking, and the irony of that is not lost on me), I think I'm consuming a lot of food that I'm not even aware of, and I'm definitely not eating as healthy as I used to.

Well, anyway. My food diary has so far turned me into a neurotic basket case -- after one day. I have no idea how much I weigh, and I really don't want to know, but suddenly I think I weigh too much, whatever that means, and I'm sitting in my bedroom crying my eyes out because I don't want to have a salad for dinner. Yeah, because that behavior isn't unhealthy or anything.

Not sure what the future of the food diary is for me, ultimately, but I'm going to soldier on for a bit and see where it carries me. I'll be sure to share any further observations here, of course. I have a feeling it won't last very long, though, because that's how it's gone in the past. This is more about learning lessons, and learning about myself and where I'm at right now, though, than it is about anything else. I honestly don't care how many calories I consume in a day as long as things balance well nutritionally.