I've never really been one of those people who volunteers for stuff. One might say I'm fundamentally selfish, or at the very least, I'm "looking out for #1" aka myself. And that's true -- I won't deny it. I am not an altruist, and I accepted this about myself long ago. I'm fine with it. Not everyone can be an altruist, and that doesn't make me heartless, or mean that I don't care about helping people. I do -- but only if it also benefits me in some way. It sounds gross, right? But I think I've finally realized the real reason why people do volunteer work, and it's exactly this, and it's totally not gross. Volunteers give of their time to help others, yes -- but while there may be no monetary compensation to that work, there is still something in it for you. Or me. This is the thing I never understood before: that you volunteer because you want to get something out of it, and because you want to. Not because you think you should.

And I bet now you're thinking "You just now figured this out, Amber? How dense!"

Yes, well, I can be very dense. I think we've established this.

Anyway, I've been volunteering at the San Francisco International Film Festival for the last week. It's the oldest film festival in North America, and is celebrating its 57th year this year (that means it began in 1957). My good friend from high school, Zoe, works for the festival and thus lives in the bay area for three months every year, and after attending a screening last year, I knew I wanted to volunteer. The volunteers looked like they were having a really good time, and more than that -- I've really fallen out of my love of film since I left Los Angeles 14 years ago, and I've wanted to rediscover it. I know there's only so much time for so many hobbies, and I can't do it all, but film is one I've wanted to make time for. This seemed like the perfect way to get back into it after a long hiatus. I was right.

I've been doing so much volunteering this week, you guys. Seriously. It's been really awesome. And I've definitely ascribed to the motto "you get out what you put in." I don't half-ass anything, as I'm sure most of you who know me are well aware, and although I told myself I wouldn't get stressed out about such a fun thing, I also promised myself that I would go all in with this if I actually went through with it. I think that's where the real, tangible benefits of volunteering come in, anyway. I'm learning how to do all kinds of interesting tasks, none of which are difficult, but all of which build knowledge and confidence about different aspects of running a film festival, and open up more opportunities within that context. 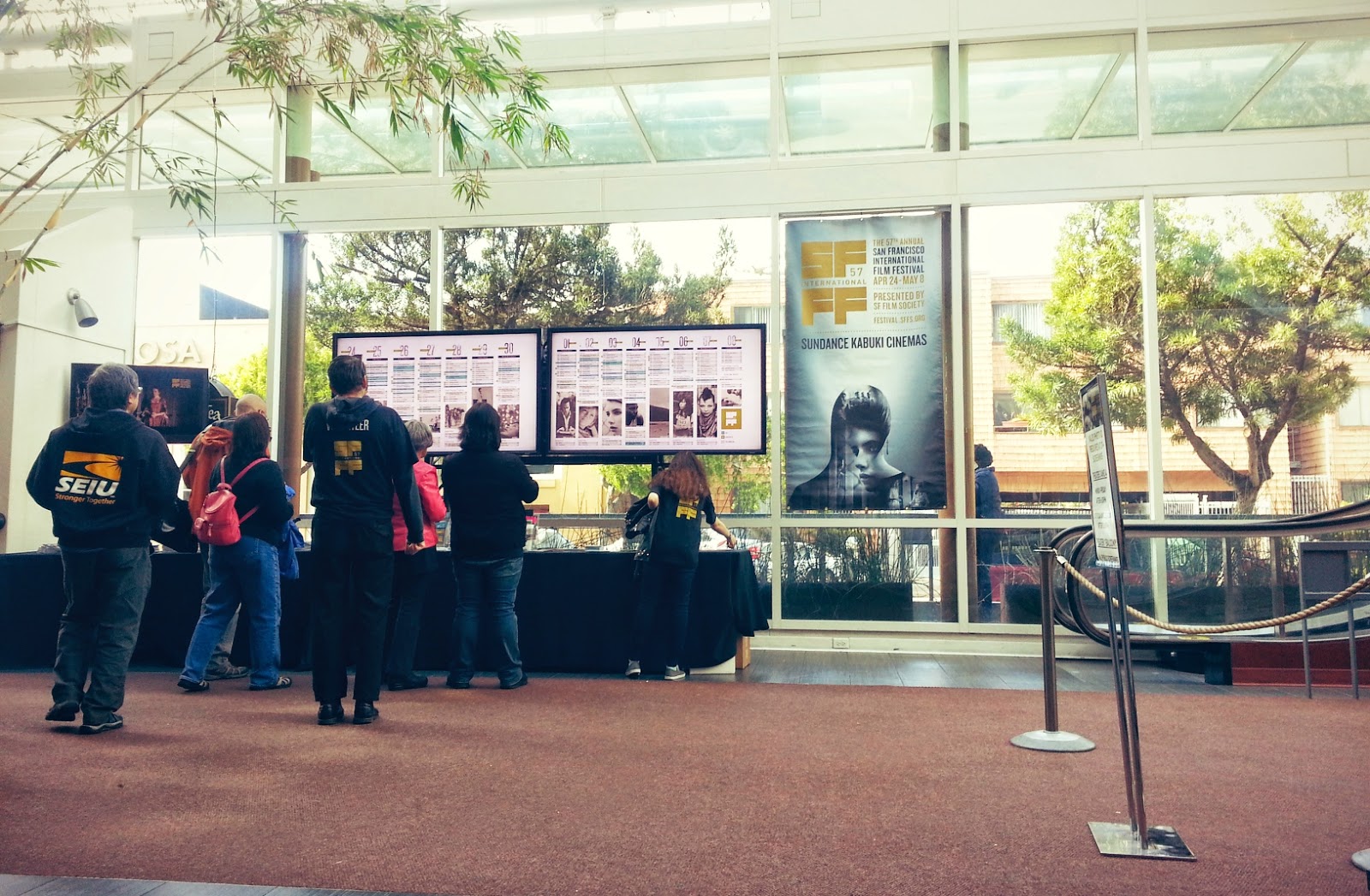 So yes, this is what has taken up a huge portion of my life for the last 7+ days. The festival runs through next Thursday, May 8th, and this blog post took me one week to write (sigh) (again) (again) so you should probably expect dispatches from me to continue to be sparse until after the festival has concluded. Not that you wouldn't anyway, though, because I've become a poor blogger over the last year.

It's a new month, though, and I love May, because it typically signifies the time of year where things start to get really damn good for me. I'm ready for it. Bring on the spring and summertime madness.