Running into the sun (but NOT running behind) 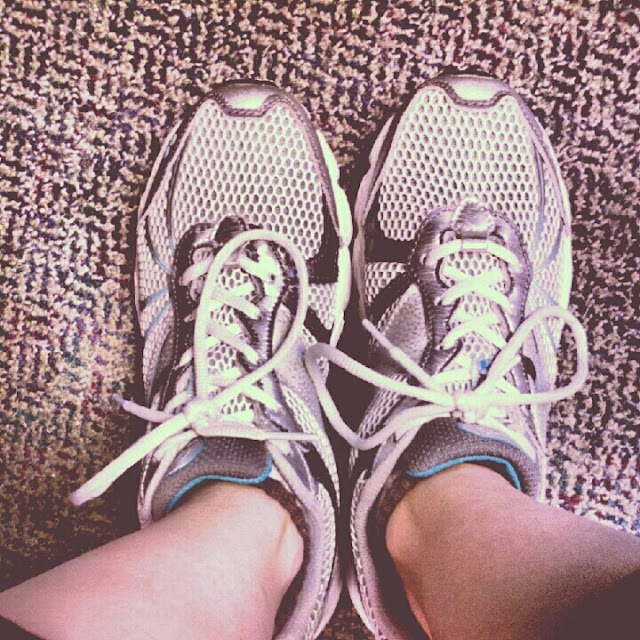 I seriously love running. I know I've discussed my love for, and surprise at my love for, this incredible hobby/sport. I grew up very un-athletic, and my entire life has been spent trying to be a runner and failing. To be honest, I'm not really sure what changed. Maybe its that I finally started to grow up and realized I can do anything if I put my mind to it? That my life is in my hands? That time stops for no one?

However it happened, I am so glad it did. I have been running for the last 2 years on and off, but seriously (well, as serious as I can get) for the entirety of this year so far. I decided to stop making excuses, and stop fearing what would happen if I tried, and guess what? I haven't failed. Running isn't about success or failure, I've realized; its about the journey. Much like life in general.

I think the most interesting part of running for me is the mental aspect, and how it really is the lynchpin in the entire thing. I always thought of running as a purely physical sport; this was before I "got it" earlier this year and saw it for the truly fascinating mental sport that it is. Did you know? Your body is capable of incredible things, and so much of it is not your physical preparation for it, but your mental attitude toward it. I have found that the distance I believe my body is capable of running at any given moment is pretty much irrelevant, because the vast majority of the battle to stay running takes place not in my body, but in my head. My head tries to talk me out of everything. It tries to tell me that it's just not happening today. It tells me I'm so tired, I should stop, I can't go on. But all of that? Is usually utter crap. If I just tell my head to shut up, and am able to push it down where it belongs, I get over those mental blocks, and eventually I feel good again. Of course telling my head to shut up is often a terribly difficult task, especially when it's trying to start up the Panic Train and telling my body that it simply cannot do what I want it to do, but to me, learning to outsmart myself and win challenges against with my own mind is the key not only to running, but to living a successful, happy life. Its a feedback loop of confidence & brain exercise.

That said ... I hadn't been running much since my triumph at Bay to Breakers in May, until last week, when I realized I had to kick myself into high gear again for many different reasons. Other than suffering mental & physical health (I hate feeling lazy & tired!), I'm planning on doing a 5-mile sunset run this Thursday, and last time I did one I ended up with what I call "peg leg" during the last mile and a half, and was dragging my leg, complete with seized up muscles, behind me the entire way. I was exhausted. Simply put, I don't want to experience something like that again. So this time, I started putting foot to pavement to prepare. I have even been really responsible about it (something kind of rare for me; I usually don't "train" in the traditional sense), doing a 1-mile run, followed two days later by a 2-mile run, followed three days later by a 3-mile run (this morning). Now I have 2 days until the 5-mile sunset run, and I seriously think this is perfect.

Anyway, this morning I was on such a runner's high, I can't even express it. Even getting terrible news at work about a former coworker's passing (expected, but very sad, especially since I am in my current and very enjoyable position only because she was too sick to continue working in it...and because she was a very kind person, of course) didn't bring me down to the hysteria of everyone else in the room. I truly think it was because of the endorphin blast I was on. These events also created a juxtaposition in my mind that has made me feel even more grateful for my health, and for the strength and youth of my body today.

Never stop running. Keep moving. As a chalk outline written on a campus driveway tells me every day on my walk down to the BART station, BREATHE -- YOU ARE ALIVE! ★