20 random things about me, because you really care about my narcissism 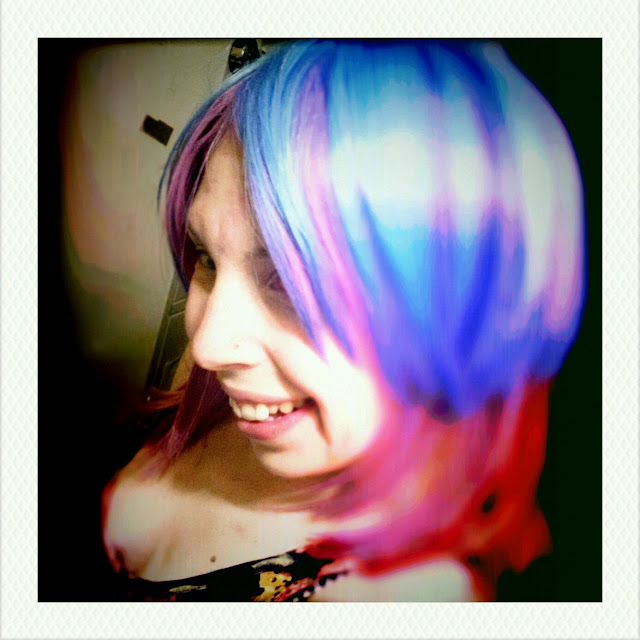 1. I don't have a drivers license. I have had the world's largest number of permits. I have memorized the permit test. I am a very anxious driver but am trying to get my license this year. Or next.

2. For at least half my life, I've felt very certain that someday I will witness something crash from the sky. I don't know whether it will be an airplane (or what size), a helicopter, or even a blimp, but I have this feeling it will happen.

3. One of my weird life goals is to become a certified member of the Mayflower Society. Yes, I'm aware its expensive, and likely very elitist/WASPy, but I don't care. I can trace my dad's side of my family back to a Mayflower passenger (Mary Chilton), & though it means I am officially the whitest person ever, I also think its kind of cool. Plus, the website's design hasn't been updated in nearly 15 years and I find it kind of charming. Like a time capsule!

5. I've been in relationships with two people who have webbed toes.

6. My cousin is famous, & was on the cover of her first magazine when we were both 14 (I'm six months older). It used to really bother me, but now it only bothers me that we're not closer to each other.

7. I grew up always thinking I would study History in college. I come from a family of passionate history buffs and it was always my favorite subject; particularly medieval European history/the Dark Ages. However, I took a few Geography classes before transferring to Berkeley, and my teacher begged me to consider it instead because I was so good at it. It was the right decision. Geography ♥

9. I absolutely cannot stand small talk. It gives me the willies and seems so fake!

10. Football is my sport of choice; I grew up mostly watching the NFL with my parents, but for the last decade my true love has been college football. I just ... I'm a Cal fan. Feel sorry for me now?

11. Thanks to a girl I knew online, I found the music of Elliott Smith in 1999 and saw him live at the Palace in Hollywood (with my mom!) right before I turned 18. As devastated as I was when he died just 3 years later, I feel so lucky to have seen him live at all, and at such a young age.

14. I swear like a sailor, and I worry about being able to stop the f-bomb insanity if we have kids.

15. I am terrible at telling jokes. I either screw up the beginning, or I forget the punchline. It's terrible.

16. I truly ended up with both the best and the worst qualities of both my parents. Its a crazy tempest!

17. Friends have said to me "Amber, I never had a dirty mind before I met you," and I rarely feel so proud as I do in those moments. My mind has been in the gutter since I was in third grade, and I blame having a boy for a best friend.

18. I wouldn't last a day in Ye Olden Days (say, the Victorian era). I am most unladylike. I have no idea how to set a table. Corsets and lace and propriety would have driven me the way of Oscar Wilde.

19. I have probably close to 100 stuffed animals in my house right now & they all have names.

20. When I lived in Los Angeles during my final two years of high school, I participated in an episode of a cheesy paranormal TV show where two friends and I pretended to use an Ouija board (fiasco!). That same year, I also read from Hamlet with John Lithgow when he visited my drama class. The next year, I fainted in a yoga class, then (while at a reading for Third Rock From the Sun), found out my teacher had told the cast about it, and I got the "Oh, that was you!" from John Lithgow again (obviously we all shared a yoga teacher). Life in Los Angeles was fascinating.