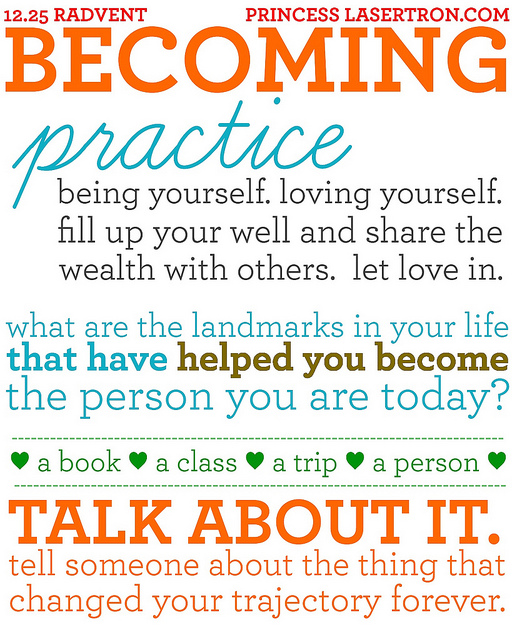 I pretty much wrote about this yesterday (read yesterday's entry for more info!).

I would not be where I am without Scott. If I really want to go back, though, I can pinpoint a moment during my sophomore year of high school that was extremely pivotal for my future.

I had my first real relationship during this time. It was a mad, mad time of emotions I didn't understand, but of course felt I understood perfectly (what 15-year-old doesn't know everything, after all?). My boyfriend and another close friend of mine shared a friendship themselves, and I don't think I'm exaggerating or making things up when I say that she posed a threat to our relationship. Given that we had an already-established competitive friendship (oh, girls), I was green with jealousy & constantly beating myself up for my perceived shortcomings compared to her.

It was also at this time that I received my first modern Windows-based PC as a gift from my parents. I dove into Internet Life immediately, taking to it like a fish to water. I found out that my friend had a website, and pretty immediately honed in on this as a way for me to compete with her, and out-compete her for my boyfriend's affections. I know, nerdy, right? But this was all I could think of to do.

In a flurry of late nights and broken social engagements, I proceeded to teach myself HTML, looking at her code and the code of other sites to learn the language. I also took to that extremely easily. Ultimately (and sometimes, I think, unfortunately), I did win my boyfriend's affections, and the girl and I remain friends to this day. My love of the internet and newfound skills in coding paved a path for the rest of my life that would have been impossible otherwise: I spent much of the next two years coding and living a life on the internet that few teenagers of the 90s did; I found a message board my junior year of high school that led me to meet the person I fell in love with shortly after graduating from high school, which led directly to me running away to San Francisco in 2000; which led me to work at dot-coms, and, ultimately, to discover photography, go to Berkeley & marry Scott. I can't imagine another way that this life path could have opened up to me if not for that period of jealous rage & well-timed events in the spring of 1998.