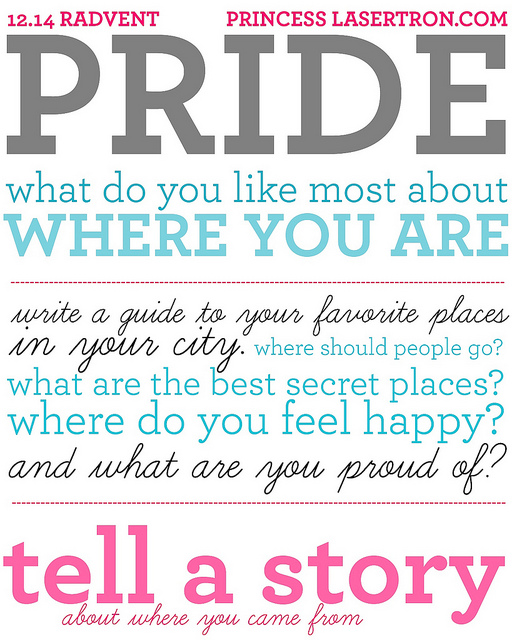 I've lived in the San Francisco bay area for the last 11 1/2 years (and San Francisco proper for 8 years next month--the longest I've ever lived anywhere in my life, by far). Though we didn't move here together or know each other at the time, Scott has also been here for approximately the same amount of time. We aren't from here, but then again, it's often tough to find people in San Francisco who are from here. Everyone seems to be from somewhere else, which is both SF's charm and its downfall.

It's great to be in such a truly beautiful city with so many different types of people from all over the world; on the other hand, there can be a coldness to socializing here, a sense of impermanence and tight cliques. I am by far from the only person who has had this experience in SF, and in fact it was told to me by many other people before I eventually came to believe it myself. I've had some great friends here, but with the exception of my husband, I haven't been able to maintain friendships like the ones I had in high school. That's fine, and it may also speak more about me than it does San Francisco, but here is one undeniable fact: while SF is not a place where people smile & say hello on the street, it is full of really intelligent, interesting & fun people.

I moved here in 2000 after accidentally falling in love with someone who lived here. I had just turned 18 and had a life set up for me back in Portland. I didn't want it. I moved here never having been to SF before, and the last decade + has been a love story, a hate story (but mostly, an overwhelming love story). I can't think of a more perfect city for my personality than the City by the Bay, and it's the only place I've ever lived where my intense weirdness doesn't even get a second look most of the time. Finally, it is the place where I met Scott, and without that, what would there be? I am so, so infinitely grateful to all of the little choices and steps and impulse decisions that led me here, and have kept me here all these years.

Another love story that has unfolded in San Francisco has been between photography & myself. Instead of babbling on as I am so fond of doing, I want to instead express my love for San Francisco in photographs. Here are just a few examples of what I love about this city:


There are so many more that I haven't posted here, but I hope you feel windswept & inspired. ☆
Email Post
Labels: golden gate park inspiration life love outside photography radvent reflection san francisco the past
Location: San Francisco, CA 94107, USA