Surprise! Two nights ago, I made squash soup. I know you're shocked! Just kidding. I know the one thing you aren't is shocked, after all of the rhapsodizing about squash I've done lately. I received quite a few small squash in my CSA box last week, and after cutting them all open (a skill I've improved vastly at lately), they were so gorgeous that I knew I had to document the process.

This was definitely not a "recipe" but just something I made up as I went along (as usual). There were three different types of little squash in this one, and I have to say, my clear favorite was the Delicata (the teardrop-shaped fully orange one in the front of the photo below). Feel free to follow along and ask me anything about my process down in the comments. 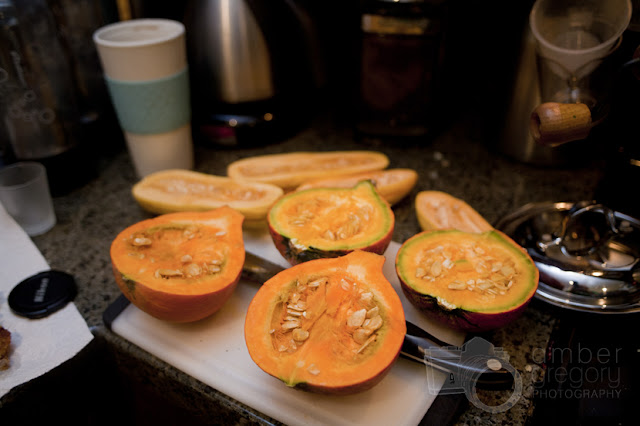 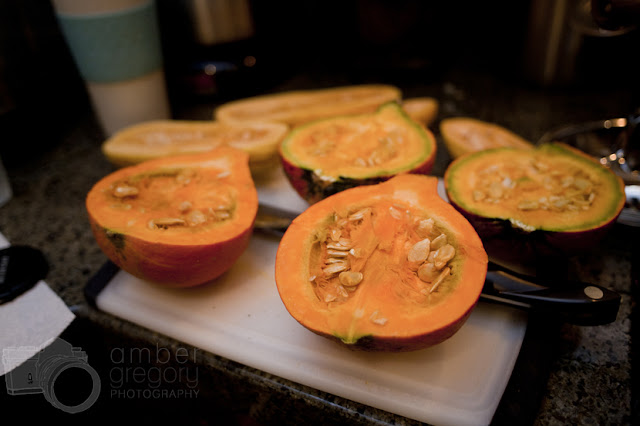 After slicing the squash in half, I scooped out all of the seeds with a spoon. While this was going on, I preheated my oven to 400 degrees (F) & sprayed the inside & outside of all squash pieces with olive oil. I set them face down on a baking sheet and put salt + pepper on the skins. 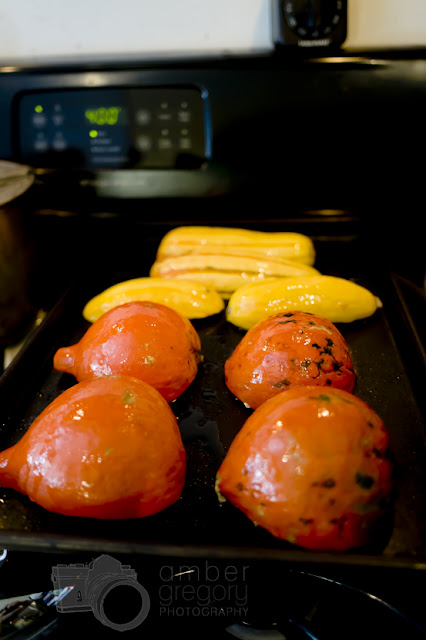 I roasted the squash for 40 minutes, then let them completely cool before scooping out their insides into a bowl (for some reason the skins didn't want to peel off of all these so I used the spoon method). 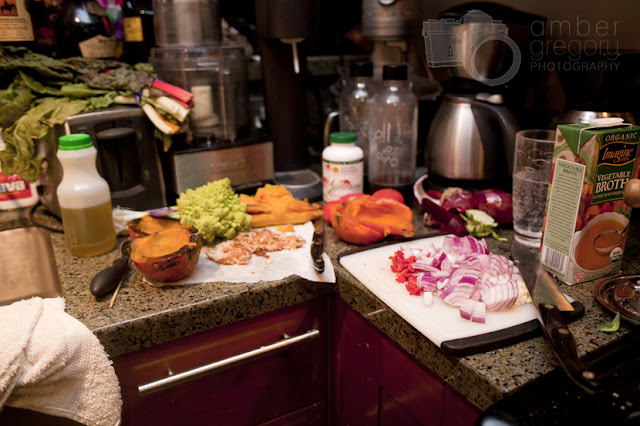 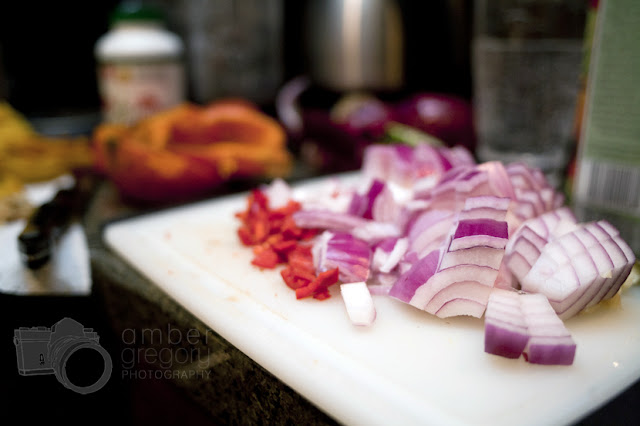 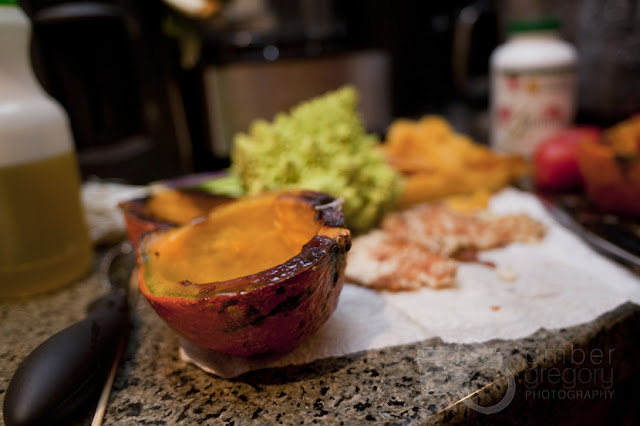 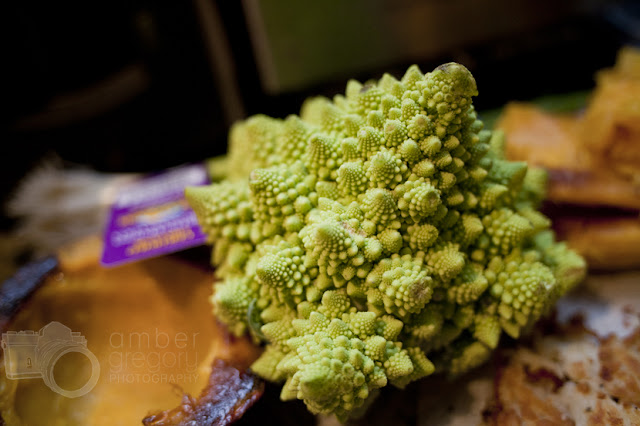 There were also white beans involved (not pictured, for some reason). Here's what I did. I put everything EXCEPT for the veggie stock, romanesco and the white beans into the pot, sauteed them until the onions were translucent blah blah blah; then I put in half of the veggie stock and blended the soup with my immersion blender. AFTER THAT, I poured in the remaining 2 cups veggie stock (1/2 carton), the romanesco and the white beans, and brought it to a boil & simmered it for about 20 minutes. So its kind of a blend of a blended/chunky soup. It was a risk but it turned out well! 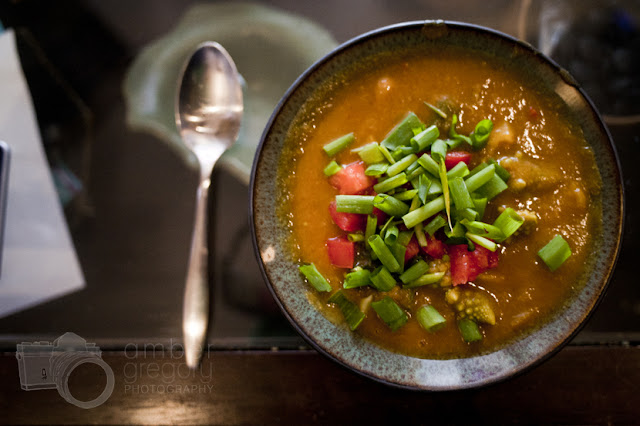 As usual, I topped the soup with tons of green onions (YUM!) & some chopped tomatoes. Dig in!