Life has been so incredibly busy lately. It was almost like getting bronchitis right after the wedding we shot last weekend was nature's way of telling us to slow down, already! And slow down we did--we were both out of commission for most of last week. This sucked, but it definitely was good for us both to rest.

Fortunately, I recovered enough by Friday night to attend a great show (Fitz and the Tantrums, one of our all-time favorites) at a ritzy SF hotel, and Scott was able to stay home and enjoy our new XBox 360 with Kinect! Our old XBox, workhorse that it was, was pretty much dead after 6 years, and its so exciting to have a new one. The Kinect feature is going to be so much fun--plus, it's gotten us to clean up our living room so that we can move furniture around to use it!

We spent this weekend entirely at home. On Sunday it rained pretty hard for most of the day, so it didn't seem like we were missing anything--we just stayed in and watched tons of football, worked hard to get our house clean, and I decided to do a TON of cooking! I love to cook so much. I am so grateful that I am good at it and that it brings me so much inner peace, because I run on so much nervous energy and often am fraught with anxiety and an overactive brain. The art of cooking brings me into a Zen-like meditative state, and the best part is that I get to eat the fruits of my labors! I know Scott is also grateful for this, because though he is a fantastic cook himself, he has no time to make healthy dinners from scratch. Traditional gender roles, what?

Anyway, here are a few photos from our weekend of being homebodies: 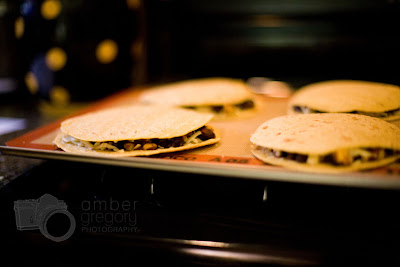 "Kitchen Sink Quesadillas" -- so tasty, and so easy to make! 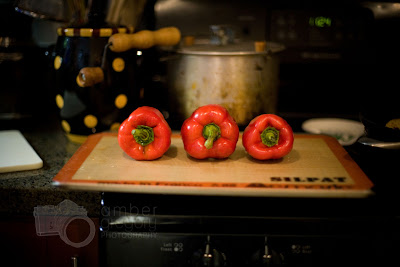 Red bell peppers, about to be roasted & made into red pepper soup -- YUM 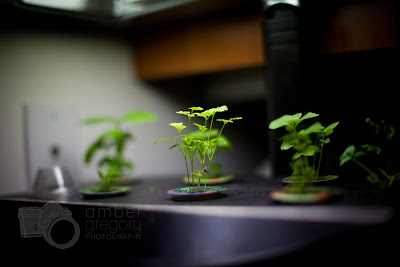 The Aerogarden after 1 week -- almost ready to harvest some herbs! 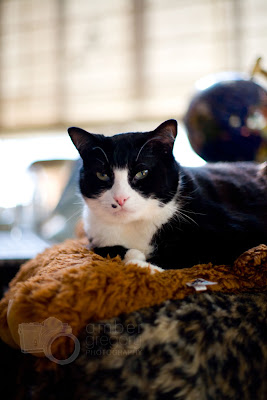 Zeke, in a rare moment of cooperation for the camera! 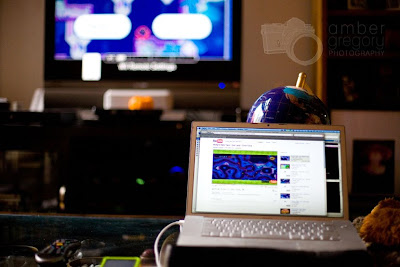 On Sunday, I played Kirby's Epic Yarn on the Wii (a new game I just bought!).
I became very frustrated during one level & sought help from a YouTube video. ★